I realize now it was Time travelling

This is my thread documentation on the Bubble Score, proposed by Lilia Mestre, and carried out every Wednesday from January till March 2016. Read about the score here.

The prophecy of the ceiling made of glass

I have been here, waiting for something that would present itself to me, and behold something approaches, something unravels. Slowly, dragging, that is the way the hidden things present themselves. It is much like a cut through the skin or the opening of a fruit: It flows.

It has been said that light would make it possible to see through, to see further. But I say, it is now known that that which is immersed in darkness enlightens the foreseeing eye. Light, as it becomes more dense by multiples visions, will blind those who thought they were ready to see it all.

the impossible becomes a recognizable shape

and the rain, which sounds through the windows, becomes a rhythm

and words, cast as a spell, fulfill their duties

and magicians launch how to manuals

and fingernails cease to exist

for the period for claws is long gone

Ours will be a world of

and retelling of stories

To remember will become a thing of the past and,

It will be then that alarms will go off.

Alarms that will resonate within every breathing creature

who dared to watch the sun

and having counted those turns, used it as a marker

and for every creature the alarm will sound different

But there will be no personal fortunes anymore.

And people will say it is only white noise

that which everyone else hears.

And there will be a dispute

between air and information

Some will argue in favor of the air

claiming it the beginning of all things

And others will argue in favor of information

claiming it the reason for all things

And even so, every side is full of good intentions,

being for themselves or for all others,

this dispute will continue for more then a thousand days

And it will, somehow, be the carrier of the novelty,

which will put the world in motion again.

Bubble score #2 – THE BODY IS THE BRIDGE

An answer to the question (by Esteban Donoso):

Dear Anouk,
For me it was clear that we were dealing with traces, material traces and spatial configurations that were having a second life.
During the performance, however, it became very much about our presence and present time experience, about inhabiting the fragment and the impossibility to see it-all. There was such a calm, open presence in your performance and subsequently we all became performers/onlookers/witnesses at the same time. Besides the blurring of time frames and your interest in trace as present experience, and perhaps a preoccupation for preserving something of the experience for future performers/onlookers/witnesses; do you also see a blurring of the subject-other happening? are we regarded as our own sensorial world, or, how do you understand the subject-other interface within this experience of blurred temporality?

– Collective performance. “The body is the bridge” – Bubble Score #2

The body is the bridge score

Ask a group of people to be around a table with it’s perimeter less wide then that of the group together.

Some people will be naturally squeezed out or leave the cluster around the table.

Ask people to draw “the body is the bridge” for 5 minutes.

Climb on a chair and watch from above.

Ask people, while they are drawing, if they are able to explain what they are doing and why.

Listen to: “I am drowning! I’ve been pushed under the table”, “I am pushing my chalk into the paper”, “ha ha ha you are ripping the paper!”, “I am drawing the contour of hands”, and other things you will no longer remember because you will only write them down after one week.

Notice as the space around the table grows bigger as people leave the group.

Notice how people who kept drawing don’t take that space up. That space became a body.

Notice how people turn the paper over or rip it and sometimes refer to their actions as being “violent”.

The paper is not yet a body.

Notice how people will draw on the table after the paper has been ripped.

The table will become a drawing.

Notice how the energy of the activity will go down as the paper becomes more saturated.

The drawing will become a body.

Arriana Marcolini to Juan Duque:
“Here is my question:
the first two words you use in your text are
Two
ABYSMAL
I was actually impressed by that.
The coexistence of two elements. But:
is it one, repeated? is it that one is the copy of the other? were they born at the same time, from the same material, or..?
what’s the relationship between the two?
2 + 0 = 2
0 + 2 = 2
1 + 1 = 2
1 + 1 + 0 = 2
1 = 1
2 = 2 ..
I read the relationship between the 2 as being the ABYSMAL.
You wrote it like that, in capital letters.
It sounded like a character from an epic tale – a hero, or the character from a cartoon.
the ABYSMAL. I see it wearing a mask, almost like Tiger Mask.
It is a wrestler.
I imagine a wrestling match –
between you and the work of art;
between a work of art and its copy (if such a thing as a copy exists at all);
between the work of art and its other, whatever that is;
between 1 and another 1..
The abysmal, in this perspective and in my view, is also what happens between 2
facing each other, next to each other, close but never enough;
parallel, not reachable from each other’s perspectives..that which escapes the cumulative.
The abysmal is an in-between:
that which is never reachable as a full state of being, of inhabited presence.
It is being as the state of passage.
It is
a hiatus, a longing,
a bit like sehnsucht.
What happens in this wrestling match?” 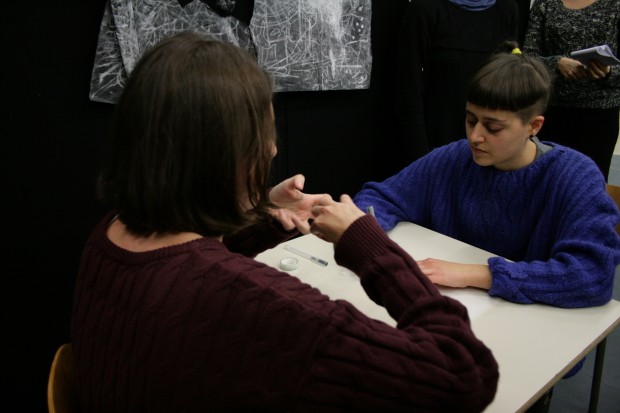 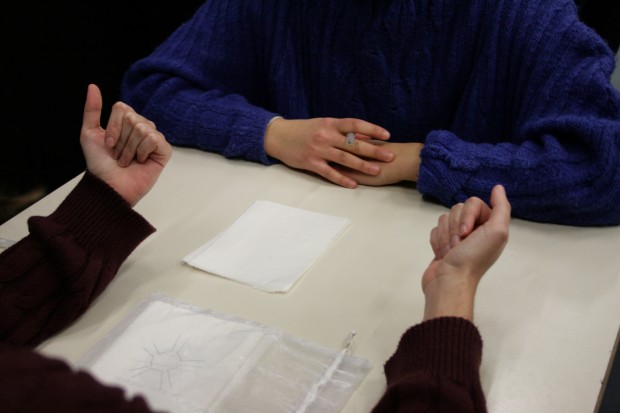 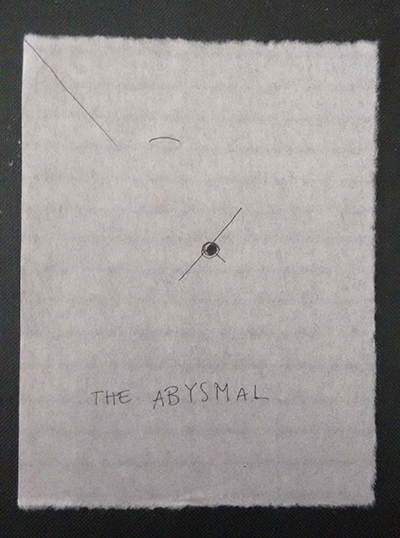 The abysmal drawn together with Arianna Marcolini.

Bubble score #4 – WHAT HAPPENS WHEN I PRONOUNCE THE WORD ESCAPE?

– Collective performance. “What happens when I pronounce the word escape’?” – Bubble Score #4

Lights: on or off.

Go into a closed space.

Put yourself in front of one of the walls facing it.

Press it hard, in which ever way you feel like it: with your hands, body, forehead, shoulders.

Press it like you want it do move, explode. Like the wall there is no right to be there and you want to remove it.

Increase the force and tension. Feel it pressing you as well, but don’t decompress.

When I say the word escape, let your body go.

On the question (by Lili Rampre): How do you manage affect in your work or relate to it – more straightforwardly – what is it that escapes and is unactualised within you research – purposefully so – fabricating that escape or without your direct control?
What is the relation between how you perceive affect and how you transmit it to your audience? 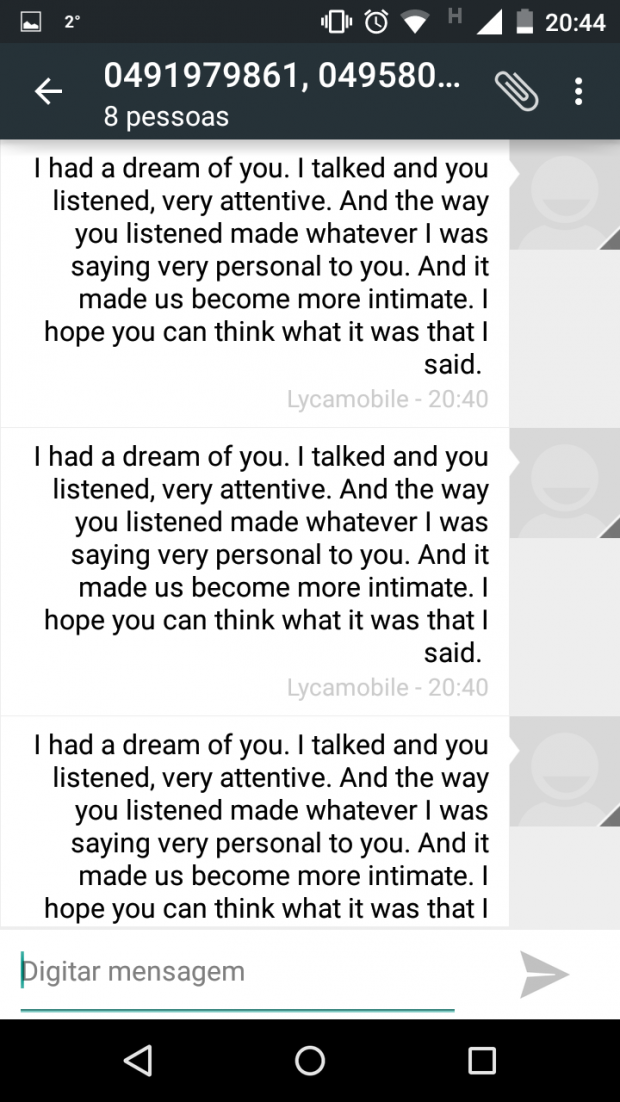 Arriana Marcolini questions Mala Kline: “I have just experienced a work situation of this kind: the passage between phase A of the work and phase B wasn’t regulated by the transformation (distillation) of the concepts formulated in one phase in order to bring this distilled material to the other. The passage was a jump. But not one that forgets what has left behind; rather, a jump full of the joy of discovery and of the wonder of surprise. To let yourself be surprised by the unusual, unexpected way a translation can take form. This way, leaving things behind keeps a lot of trust in the things themselves: the trust that those things can have their way to arrange themselves without me choosing a direction for them.

I wonder about dream being the translation machine between one phase of a situation to another. I imagine sort of a magic box: what happens when we put our concepts inside and leave them becoming something else through the dream machine?”

Bubble score #10 – THIS IS MY ALIBI, PLEASE MEMORIZE FOR WHEN THEY COME FOR ME

Sana Ghobbeh question to Nicolas Galeazzi: “My question is what happens when paradoxes come together?”

This is my alibi, please memorize for when they come for me

In July 10th 2028 a man was murdered on the streets of Botafogo, an active neighborhood of Rio de Janeiro. Although the neighborhood was known for its poor lighting at night time the crime happened in front of well lit busy street. A lot of people say to have seen the body falling down but no one could identify the murderer. It all happened during the opening of one of the neighborhood’s most traditional art spaces exhibition. Police investigation declared that the crime had nothing to do with the party; though the confusion on the streets caused by the great attendance to the event may have presented itself as the perfect opportunity for the murderer to make its move and then disappear mingling amongst those around. As a result, the police interrogated all the people present, including myself, but I was safe, I had an alibi.

I was standing a few meters from where the man was hit, near the doors of the art space. I remember I knew I would need to be almost outside so that I could breath when the confusion started. I was positioned in such a way it was possible for me to see him falling down and to describe that to the investigation commissar. I did that on purpose, I wanted to be of some help to the future investigation. I was able to describe how the body fell in a very specific way. I had people all around me, we were having a conversation, one which I cannot recall, because I was looking straight ahead, looking for the body that would fall down. One police man asked me a funny question: “Could you have stopped the crime from happening?” he said; and maybe I could have, but instead I answered “I think I was meant to give you only a perspective of things, so that the investigation could move forward. Should I call the next person to be interrogated when I’m out of the room?”.

On March 16th 2016 I wrote a text with my actions of that future date. I presented in front of a group of people so that they could know where and what I was doing at the moment of the murder. Since I knew the crime would come, I deeply invested myself in following each future step that would lead me to be at the right place at the right time on July 10th, that is: performing for the future and hoping that this written account could be enough to change the course of events.