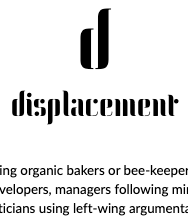 A group of artist becoming organic bakers or bee-keepers, curators turning into urbanist developers, managers following mindfulness courses, right-wing politicians using left-wing argumentations. In a deeply-felt anti-disciplinary movement, ‘workers’ today not only seem to question their ‘spaces of belonging’, but they actively start to reinvent them. For now, we call these acts displacements.

‘Displacement’ was the title of the end presentations of Luanda Casella, Raquel de Morais, Helena Dietrich and Nibia Santiago Pastrani. Click ‘more’ to read the interview with Nibia.

A critique of not-doing

It seems to me that ‘displacement’ already was an inherent part of your work before you entered a.pass. Can you relate your previous work to your research here?

I guess in my choreographic work I developed before, displacement played a role as a theme: I was looking how I could speak of the displaced body, mostly the body of the ‘immigrant’ through dance. This work was always closely related to my identity, my history as a Puerto Rican woman, artist, living in the States. I was working a lot in the context of post-colonial concepts. For example in the piece I did with six women tackling their intimate experience of living in Puerto Rico and Panama under US military presence. I was thinking how the female body carries that displacement of land and space within it. How it occupies this in-between zones between militarized and civilian life. Through the choreography it became a labor of intimacy. Or, I tried to exaggerate this displacement to understand it better. Like, I would wear an apron with the American flag, and for seven days I wouldn’t speak English at all, just Spanish. I did this in my daily life: in my contacts with other students, at home, on the streets, … So it was me pushing myself in an exaggerated position of the immigrant. In a.pass you chose to go for a more conceptual research.

Could you explain why you took this turn and why you decided to change the focus of your work?

Yes, displacement was in the beginning not at all a term I wanted to bring into this research. Only in retrospect it slipped back in. When I came to a.pass I wanted to strip away any type of investigation that wasn’t coming out of the work process itself. What I proposed was to limit myself to the role of the performer. And to be a kind of archive from all the people that added to the accumulation process. I made a drastic change not to pursue this series of more politically or ideologically driven work, and to see what were the conventions that drove my work. Because even if I did field-work interviews, I used the dance studio to make sense of them. And so I wanted to pause and see what choreography was doing to my research, who I was in my work. Maybe this now sounds simple, but I really needed to experience the limits of me being a performer, or a choreographer.

Is there then not a third role entering into the research, the one of the researcher itself?

The researcher attempts to take a distance, she looks, collects and questions. But the research started with dance making, and what it is to me. The basic structure was to enter to the practice of the performer and ask other people to work with me, to propose material to me in the studio. For the second part I envisioned becoming the choreographer that deals with, or destroys this accumulation of material and its history. But the rich part for me was that every person came with a different agenda. Some people proposed material in the strict sense of the choreographer making me repeat and rehearse material, others proposed more of a dialogue, or feedback session, became facilitators…. And I saw myself activating certain aspects of both roles during the whole process. Even if I tried to keep them separated, they always worked together. For me it was opening up the non-fixed nature of all of any role in the choreographic process. And out of this blurring of roles, the work all of a sudden became seriously displaced. After the accumulation work in the first block, the dance floor already became unhinged. It was displaced from its function or origin, although it was still part of the studio space. So in the second block I had the intention to stick to my research proposal and start a process of destruction. But since this had actually already happened, I wanted to take the research to the city. There was an intimate relationship between the floor and my body, which is not uncommon in dancers. So I cut the floor the size of my body, and took this ‘body’ out in the city.

I see the use of displacement popping up in artistic discourse a lot, when there is a need to make things relevant again, when you want a question to pop out once more, to be readdressed.

Yes exactly, and in this case the change of context brought a special attention to this material (of the floor), that it didn’t have before. I used the particular propositions of the people that took part in the accumulation in the first block, and I took these as guidelines to deal with the dance floor in the city. What the dance floor makes clear in these surroundings is how other objects in the city are domesticated or have a particular functionality that the dance floor does not have. And also, if you don’t recognize the material as a dance floor, it could be seen as a kind of trash bag, or a left-over, a residue. I think with this material the displacement is ambiguous unless you know its origin. So it really depends on the effect this displacement has to somebody who does recognize the floor for what it is, and knows its history, or not. But also, the material was no longer just a material, it also became a subject by its placing in the city. It became an anthropomorphic presence somehow. It wasn’t only about the displaced object, but also the surroundings it is in. For example you start looking at the city landscape and textures differently. The spots for blind people, the street grills, the left-over trash, the Oriental carpets… I started to see the surroundings around the displaced object more than the object itself. Also I started getting interested in turning myself into the floor, becoming an abandoned sleeping person in the city, an unemployed dancer, all these images were there.

How did this displacement change your research?

Well the studio practice is very intimate, one-on-one, just you and the person that comes. In the city you enter into a certain vulnerability, towards an outside. The material, the body, these artifacts in the city, how do I want them to be seen by an outside world. That was a big change. The city is not the answer to these questions of the art worker, of this arts economy, but it helps to make sense of the value of what you do. Like the horizontality of the body, that in a city is completely unproductive, but still performs in some way a critical position. Towards the economy of mobility in the city, but also toward the arts practice. I think the fact that someone can identify with the material also desacralizes the dance floor. Which you normally never walk on wearing shoes. And now i’m treating it as whatever kind of material. On the one hand it became part of the city. And from the point of view of performance, it produced a critique by not doing, just being there. How do you see the relation between the emancipation that was triggered by the practice in public space, and the vulnerability it produced? I think what I went through in my research in a.pass was a process of emancipation of conventions. The body is institutionalized by your schooling, the conventions of your discipline, and the sector etcetera. And when you take the dance floor out into the city, not to dance on it, something appears. You become hyper-vulnerable, because you no longer know how to relate to your material in the same way. For me the vulnerability comes when I can no longer name what I do: ‘dance’. 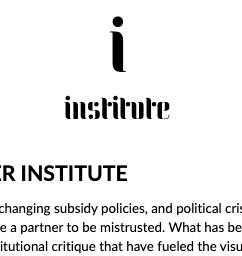 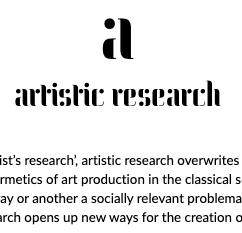