ENGAGING IN THE BLOCK

Collective moments (opening week, half-way-days, and end week) are compulsory for everybody

Beside the collective moments you should engage in alt least 2 workshops proposed in thes block, of which one should be  b-workshop. B-workshops are this block Vladimir’s ‘Theory Under The Commons’ workshop and Mala’s ‘With I+II’ workshop.

In order to participate in the Common Conference at the end of the block, you should at least take part in half of the Friday open space sessions.

In order to keep the a.pass archive alive, we have to feed it! Therefore, we would like to introduce the concept of the Caretaker: all a.pass event – workshops and common moments – should be hosted and documented by participants.

You will have one coordinator’s mentoring with Kristien to orientate yourself within a.pass and your own research.

During the block you normally have two meetings with either 2 or 3 mentors of your choice. Please read the specific mentoring strategies for this block. 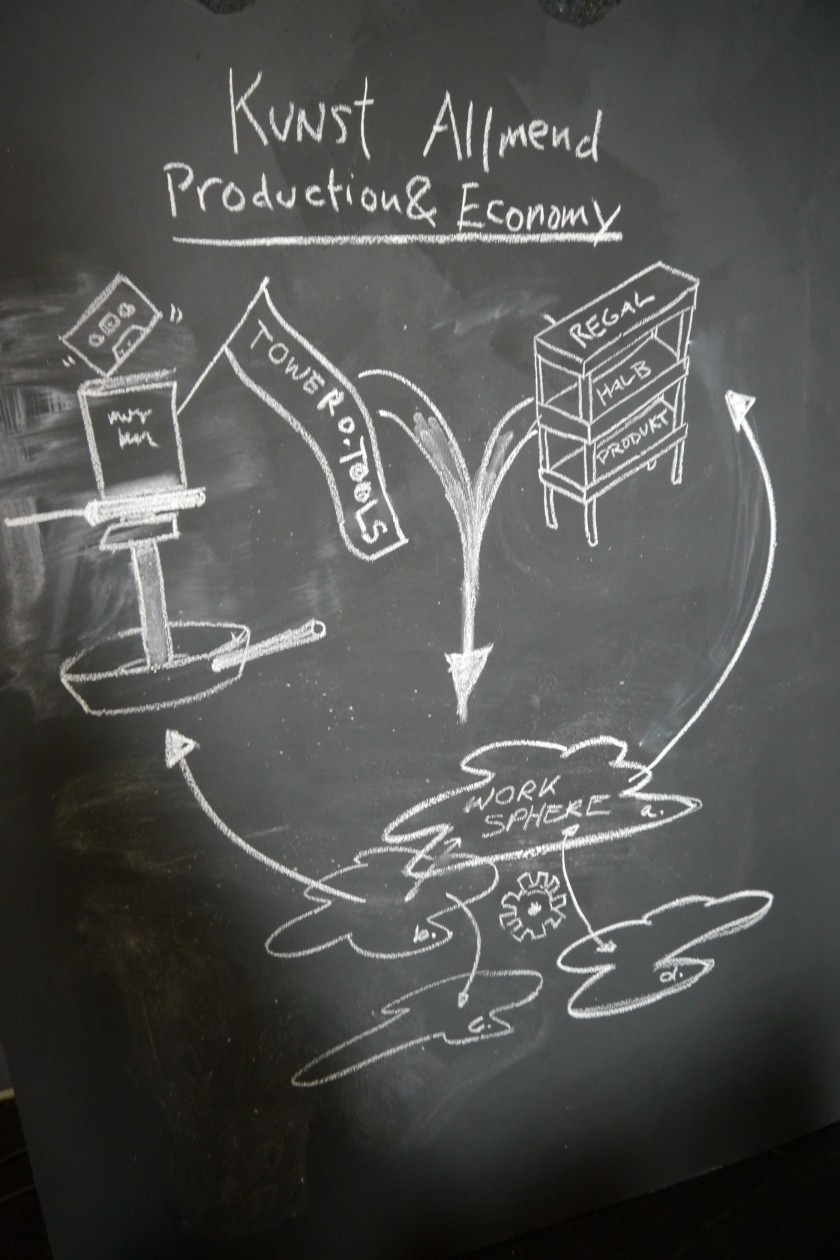 P1360510
The KunstAllmend is a collective project experimenting with alternative artistic economies to redefine conditions for artistic production. Reflective of the commons active in the Swiss Alps for centuries, the KunstAllmend transposes this traditional model upon contemporary discussions concerning the management of common resources, authorship and copyright – a position standing in opposition to that of the artmarket. The Allmend model functions as a promising problematic rather than a ready-made solution. The KunstAllmend is a project of the Dampfzentrale in collaboration with the Transnational Art’s Commons for the Bern Biennial.
Read more..

Fisheyed apass panorama
This block investigates commons economies in the context of the arts. It invests in an experimental setup to expand the notion of economy and appropriate it as an artistic practice. For this reflection we will try to model with you our own specific commons economy for holding a shared responsibility of our individual researches - respectively that ‚common economy’, that emerges while we work together.
Read more..

packman
With this commoning workshop embedded in the opening week, we emphasise - and radicalize what normally the opening week is focussing on: we share our researches! Sharing this time, is not only a means to update each other about the actual state of our researches, but literally to make them to a common issue.
Read more..

Nodnol2
A one-day sortie into the darker macro arts of Economics, a field in which artists are regularly and perhaps wilfully unschooled.
Read more.. 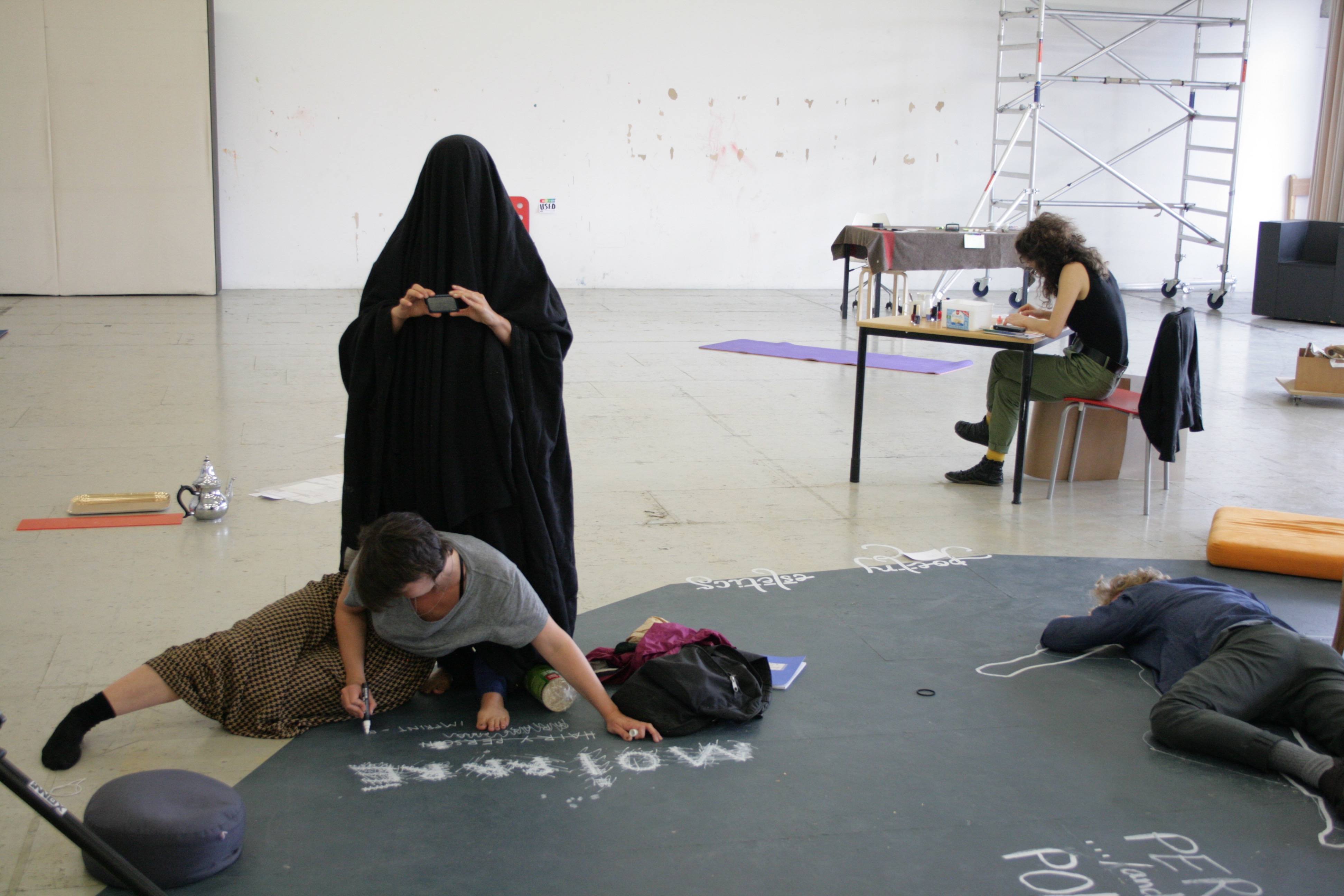 common thing - 1
This page is a log board for tracing the canges and alternations of common things (or 'item') that has be brought in to the common space as a common research good.
Read more..

The Magna carta Manifesto
Every Friday of this block - from 16th September till the Common Conference - we will come together for a concentrated commoning session. In oder to concretely practice and practically inquire the general question of the block - what is created in common? - we try to establish an open space practice that allows pursuing the individual research interests while focussing at the same time on interrelations amongst these researches and the common interests.
Read more..

Commons_rasterfahndung
In two complementary workshops at the beginning and towards the end of the block, we explore the practical and theoretical implications of working with the concept of the “With” (Nancy) with-in the affective relational space between singularities. In the process of co-articulation of singularities to be “with” is to be exposed, at the limit of oneself, entangled with another singularity and distinguished from it.
Read more..

Vladimir Miller THEORIES UNDER THE COMMONS

Commons is_
This workshop will be an attempt to „come to terms“, to create shared reference points within the commons discourse among the workshop participants. We will read discuss and map a selection of texts which lay the groundwork for understanding the commons debate today and we will make ourselves familiar with a reader, which can be a further reference for discussions and in depth reading throughout the block.
Read more..

Bildschirmfoto 2016-08-30 um 07.07.59
For this workshop Agency proposes an Assembly with two Things that are directly connected to questions of the commons Commons. Discussing and unfolding the problematics of these cases we try to localize the gray zones in our own researches, our relationship to objects and the reality that create ‚us and them’.
Read more..

Bildschirmfoto 2016-07-24 um 16.38.46
Vaarkapoen is a community center in the heart of Molenbeek, quite near of a.pass. One of their projects is to develop communal garden as an open space for a general public use in connection to an artistic residency place. During the workshop we will examine the existing and the future garden through each ones personal artistic researches.
Read more..

michel_bauwens
The KaaiTheater kindly invites us to participate in a one day Workshop with of the most experienced activist, philosopher and commons advisor in Belgium. He is working as much with gras root movements as he advises e.g. Ecuador in reorganizing parts of their state structure as a commons.
Read more..

(self) Education of new subjectivities

the artist commoner
During a two day event, a.pass welcomes a gathering of researchers, artists, a.pass program participants and public to engage with the struggle of being an artist commoner today, and the role of (educational) institutions in bringing this subject about. Two days of presentations, exchanges and commoning practices. Two days of ateliers, books launches, performances, workshops and discussions.
Read more..

Performance in the context of a.pass’ public meeting The Artist Commoner. (Self) Education of New Subjectivities

Dominguez wants to suspend events and create an interval of time in which he can try to integrate his past into his future. He will translate his visions and his desire to encounter the unknown through language. Dominguez is working alone for the first time in 14 years. Back then, he choreographed his work with labeled cards. Now, he’ll speak himself and give rise to a self-portrait that cites himself and some of his friends.