Milieus, Associations, Sieves and other matters

Today, to the question ‘what is technoscience?’ the answer is: it is the medium of knowledge. Just as technology is not the instrument of science but its epistemological framework, so it is not the instrument of our communication, but our medium of meaning. Everyone seems to admit today that we are inhabited by our habitat, built by our niche, processed by our technical environment, which is neither external nor peripheral, but inherent to our being and to all meaning. Now it seems obvious that it is one and the same milieu that surrounds and separates us, and that which crosses and connects us, but this environment has become technical. The co-birth of humans and technology means that the latter is both our medium (the midpoint through which individuals maintain each other) and our environment (our space-time). The technical environment perfectly illustrates the idea that our environment or what surrounds us is actually in our midst (au milieu de nous). That technology is both our exteriority and our interiority, our cage and what takes us away from it. How, in an artistic research environment, do these ontological, ethical and political contemporary concerns resonate?

Composing a processual environment, the block consisted in a sequential ensemble of collective dispositives that were proposed to be appropriated, interpreted, developed and problematised by the artists and researchers. A metastable milieu in ‘crisis’ which evolved by shifting to new dimensions out of a series of analyses and temporary resolutions of problematics linked with the artists and researchers’ projects considered as technologies.

The basic structure was an arrangement of 1-self organised interactive events intersecting with 2-a series of three theoretical study days and 3-a series of advanced forms of feedback.

1. Twenty two self-organised interactive events of different dimensions : the C.R.I.’s
(from May 31st to July 19th)

The acronym C.R.I. stands for Collective Research Interface. The researchers were invited to compose and propose participatory events that one could identify as shareable practices out of/around/through their individual researches. Instead of qualifying -and reducing- simply the object by ‘collective practice’ or ‘workshop’, the name ‘Collective Research Interface’ produced momentary shared interstitial spaces between different scales (private, public, cultural, social, personal, artistic, aesthetic, political and so on…) and enabled and supported a certain mode of attention, the one of technical mentality. Experiencing with this mentality was possible as the mode of production of the C.R.I.’s followed a principle of compositionality. The performativity and meaning of the C.R.I’s, as complex technical ensembles, were determined by the meanings of their constituent parts and the modes of relating/assembling used to combine them. A structuring loop was formulated : invent, invite, do, participate, share, document, discuss, reflect, problematisatise… and back again. The researches were not only presented but organised into shareable dispositives, that then were described, analysed, filtered driving the attention to their resonances in term of constructions and modes of assemblages. Their technological qualities.

a/ The diagram and the residual (June 12th)
The program visited the artist residency project ‘Villa Blanche’ within the Solvay Parc in Brussels with Martino Morendi (philosopher-hacker-activist) and Pietro Fortuna (philosopher-artist). The day was articulated around the tension between two conceptual outlines, two proposals that sketched complementary or opposite modes of understanding reality. The diagram, as the systematic representation of a set of relations between elements, where logics, organicism and industrial engineering converge in the effort to govern and organize these relations and the residual, as the irreducible part that remains beyond one’s hunger to explain and describe, that recedes and escapes any attempt of organization and rationalization.
United if only by their distance from the subject-object mode of disclosure, Martino Morandi and Pietro Fortuna oriented us through a series of ‘objects’ like an elegy by Rilke, passages from von Uexküll and Agamben, a bourgeois villa, a tree, a giant Olmec head made of stone, the Solvay ammonia-soda process … and a series of readings of objects related to every researcher’s art and research.

b/ on Participation (June 17th)
The program visited the project ‘Precarious Pavillon #1 – Don’t eat the microphone’ -an artistic project initiated by Veridiana Zurita and Petra Van Dyck, curated by Michael Vandevelde and co-produced by Vooruit- happening in the garden of the Psychiatric Hospital Dr. Guislain in Ghent.
The study day was dedicated to the critique of participatory art and ideas of participation. Don’t Eat the Microphone represented for us a grey zone where we could think but also be challenged in our certainties about the nature and function of participation. Currently focused on the development of the Collective Research Interfaces and exploring the value of several modes of participation, we wanted to problematise the issue(s) in a problematic environment.
What is participatory art? What does it mean to participate?
What are the relations between participatory art and utopia?
Which kind of public space and social fabric participatory practices do (and do not) produce? What are the relations between participatory art and communicative capitalism?
What is participation-as-injunction the diagram of? Is it still possible not to participate? Is it still possible even to imagine non-participation? How to foster (non) participatory arts and (un) communicative thus militantly collective aesthetic educations of possibilities? After a phase of various reservations expressed about the optimistic rhetoric accompanying collaboration and participation, could we now be entering a new phase of a practical re-invention of participation?
This tentative list of problems and questions guided our study day displaced in the frame of Don’t Eat the Microphone. We read some Hal Foster , Chat Rooms / some Claire Bishop, Artificial Hells / some Yves Citton, Ecology of Attention / some Derek R. Ford and Tyson E. Lewis, On the freedom to be opaque monsters, and discuss in various ways our doubts on participative art with the curators of ‘Don’t eat the microphone’ project and the patients of the psychiatric hospital.

c/ Poieien (July 14th)
Invited by the summer program to structure a day around concerns traversing researchers and artists when thinking about methodologies and their politics, Bojana Cvejic, then-curator of the research program at p.a.r.t.s., guided the group of researchers and artists through a critical reflection that she currently conducts on methodologies, opposing practice and action to poiesis. During the encounter with the researchers of a.pass, she proposed two points of entry: how poetry pierces through other mediums than text and poiein, as in how to make, compose, form… more than do and act… a kind of thought that arises from within, or close to, artistic practice that in turn becomes an instrument of looking past art. She accounts for it by “poetics”, using the term to emphasise the productive power of thought as opposed to the genre of interpretation that classifies specimens of kinds. Bojana Cvejic shared that poetics entails engagement with art in imaginary and speculative senses that ‘theory’, tout court – in the way that it has become the superstructural element of art production in capitalism – no longer enables.
The participants did map out their imaginary around their matters of concern, read some texts and discussed with Bojana.

The aim of these three advanced modes of feedback named ‘Sieves’ -performed by three ex-a.pass researchers identified as ‘analogous algorithms’- were to create conditions that could define practices of creative feedback experimentations on artistic researches envisaged as technical dispositives to investigate how each rhetoric of presentation and its digestive techniques could be expressed in terms of data model (Sina Seifee in May), in terms of recipes and cook books (Gosie Vervloessem in June) and in terms of idiotic practice (Vanja Smilianic in July)

a/ Sina Seifee / Filters
The basic question of ‘Filter’  was : what happens when linking the symbolic space of data-model to the (relational, procedural, emotional) qualities of the researches of participants? The work started with working on/with the feedback material produced during the block’s opening week and processing this material in diagrams. The proposal centred on the notion (and practice) of topological analysis to investigate questions of connectivity and boundaries, in order to find out what remains invariant as a result of transformation. This did direct us to construct ‘transversal objects’ actualising what connects and joins, what delinks and disconnects in the culture of each participant researches.

some documentation of the process here

b/ Gosie Vervloessem / Vision and Digestion
The protocol was to bring one’s research and start to think about the taste of it, the way it could move through one’s intestines and try to visualise the tools and methods one would use to transform one’s questions into a dish. How to boil down questions, how to crystallise the background dramaturgy of researches? As a way of documenting the symposium, Gosie proposed to write  the recipes of the ‘dishes’ and to edit the cookbook out of the ‘digested’ researches.

c/ Vanja Smilianic / Idiotic Mandala attacked by a parasitic octopus
The Idiotic Mandala  -indicating a weird circular configuration with a centre that radiates outward into compartmentalised areas deranged by the unvited presence of a creeping octopus-  asked to switch off one’s rational thinking and opened it up to wandering and wondering. The practitioners were invited to introspectively transform the Vicious Circle ( sad passions at work disguised as set of tools and technologies that became behaviour patterns in one’s research) into the Virtuous Circle (creating a universe in which idiots are able to act)

Milieus, Associations, Sieves and other matters

In response to a proposed frame given by a.pass coordinator and research center curator Lilia Mestre to structure the block in relation to the Senselab concepts and practices, postmaster program curator Pierre Rubio choose to design entry points to different set of practices and theoretical notions accessing a central theme for Senselab and him, the one of technical mentality. A few years ago SenseLab published a special issue of Inflexions ‘Simondon : Milieux, Techniques, Aesthetics’ and Brian Massumi’s lenghtly interview ‘Technical mentality revisited’ was published in Parrhesia. Rubio, since 2010, regularly revisits Simondon’s texts in relation to his practice as artist/dramaturge and observes the growing interest for the french philosopher’s ideas in the academic and artistic fields. He curated an a.pass block in 2014 -‘Milieu(s)‘- that problematised some aspects of technical mentality within a collectively constructed ephemeral public school dispositive.  The possibility of considering artistic researches trajects and projects as technical objects and experimenting with technical mentality seemed to be relevant for this block especially in the vicinity of Senselab’s residence invited by a.pass Research Centre within the ‘Parallel/Parasite‘ project.

starting to speak in English

(this gift is made with images of the block) 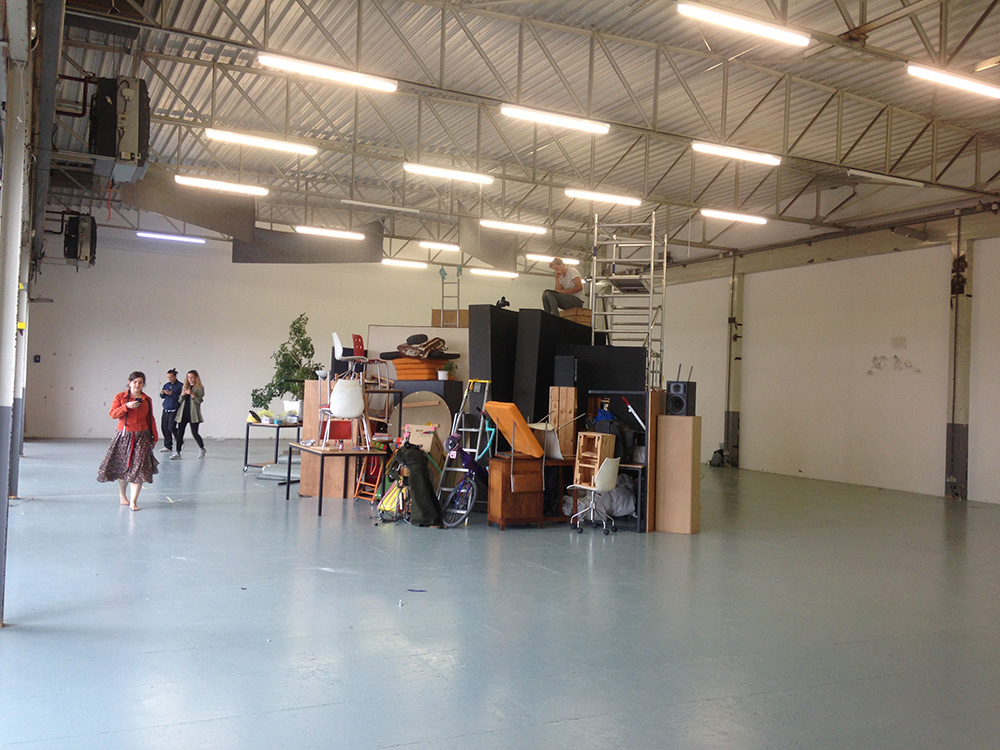 The Way of the Anarchive

a residency with Erin Manning in the frame of parallel parasite 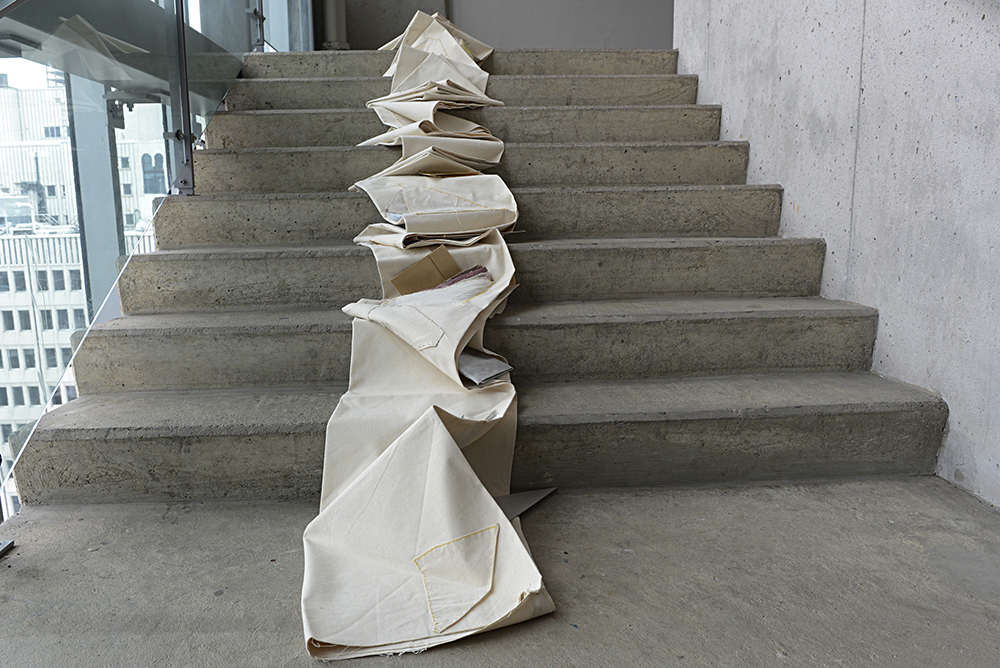 sense-lab Erin Manning
From the 18th till the 29th of June the a.pass Research center will engage with Erin Manning on the practice of the Anarchive developed in SenseLab. For the last weeks of June a group of a.pass researchers and guests will work during the day and will open up to public discussions almost every evening at 19:00. ************************** Some of the days during this period public encounters with Erin Manning, Brian Massumi, Alex Arteaga, Nico Docks, Adva Zakai ... will take place. Please check schedule bellow!!!!!
Read more..
APPLY TO THE A.PASS PROGRAMMES
SIGN UP TO EVENT
ORDER