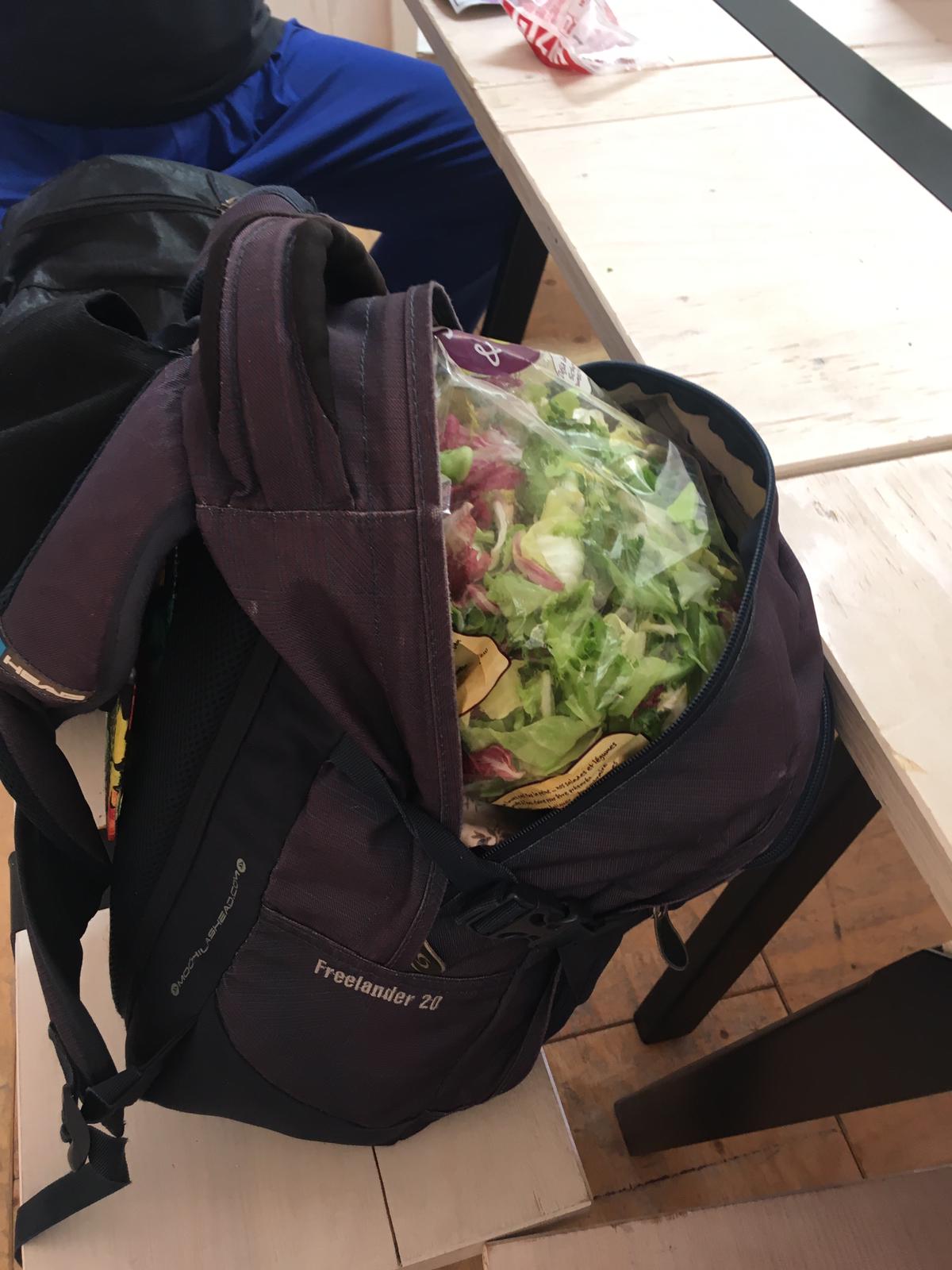 We went on an excursion to Fribourg in Switzerland. I took my little purse where I keep Swiss Francs from my last visit, but noticed that it contained only a few coins. In the train we were speculating how much we would have to pitch in for food and that we should eat rather rice and beans to keep the budget under control. Switzerland is expensive, for Europeans.

The experience at the Unlearning Centre, however, was totally unexpected. We had just arrived, when a car came, with crates of food – freegan. Martin Schick had organized a delivery for us and we found ourselves with more than we could handle. All for free and all (almost) expired.

We tried to fit everything into the two large fridges at the NeighborHub, but did not manage.

We ate a lot of salad. We ate salad at lunch and for dinner, snacked on it in between. But the salad did not end. Some days later, the car delivered another load to us. There was again salad, new salad. This time, some heads of lettuce, but also some that was already washed and torn into pieces, wrapped in plastic. And some salad hearts, wrapped in plastic film. We were still trying to deal with the 2 crates from the first day. Nicolas made salad soup. We had it warm and iced, with salad on the side. At every meal, there was a salad bowl that could never be finished. One evening, we were high on salad. We could not talk about anything else anymore, could not stop laughing. Mathilde composed a song about salad. “Une salade, c’est pas comme une tomate”.

There was also more meat than we could eat, there were bags and bags of herbs that slowly started to rot in the fridge, there were litres of bottled liquid whole egg and many packkages of rice pudding, different flavours. There was an opening of a new atelier – a big space with machinery – and it was rented for free There was a dinner perfomance at the Belluard festival and the wine bottles kept on being opened and poured into glasses at no extra cost. Generosity came upon us from all sides. It was amazing.

All our lives, we have been hearing about scarcity. At home, we learned how to shut the doors to keep the heat in, we used second hand clothes and we were instructed how to not waste food. At school, we learned the scarcity of natural resources. We all know about the scarcity of money on our bank accounts. But what happened there in Switzerland in June 2019, was abundance. Suddenly, we were confronted with abundance and we had to deal with it. We had to unlearn how we are used to handle scarcity. And this allowed me to observe many interesting things.

I became obsessed. It went automatically. I could not allow myself to throw food away and invented dishes that consumed lots of parsley. I also ate more than I needed, just because I could not see the food being trashed. My attempt was not successful. Lots of stuff that had gotten a second life – saved from the trash of the supermarket could not be saved by us and went on the compost pile.

The Fribourg trip and unlearning for me meant to look into abundance as a concept and the salad became my fulcrum.

The workshops of this block will be ‘gardens’ – and therefore for once of spacial nature. I propose to ask these gardens to be our teachers, to learn from them, to let them put us at work, to ask them to suggest a practice to us, to make them structure our time and our collective research attempts etc. The gardens are the ‘education’ framework and the ‘atelier.’

For this, we need interpreters and people who have tools, figures or behaviours to engage, read and work within the workshops. These interpreters – probably we will call them ‚companions’ – will build a network, a web of knowledge, together with us and amongst themselves. I would like to invite quite some of them to accompany us – sometimes alone sometimes in couples or groups.

For further details watch out for following posts. 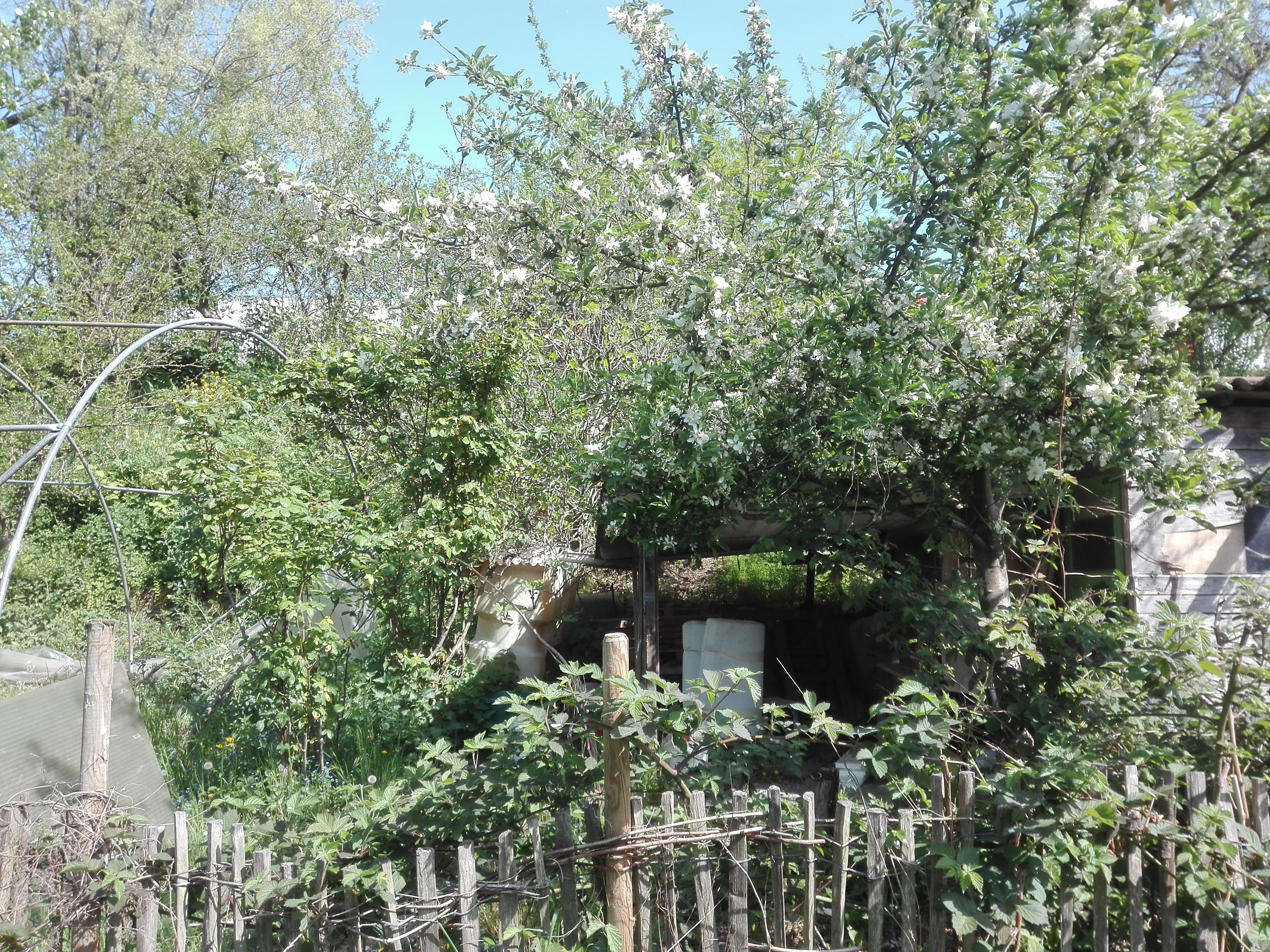 This is an elaborate permaculture garden with many small experiments from water cleaning plants to interspecies labour. Kobe, who will also be one of the dedicated mentors – is working in this garden for 12 years together with a collective of various artists and activists. It is quite a sensitive ecosystem. 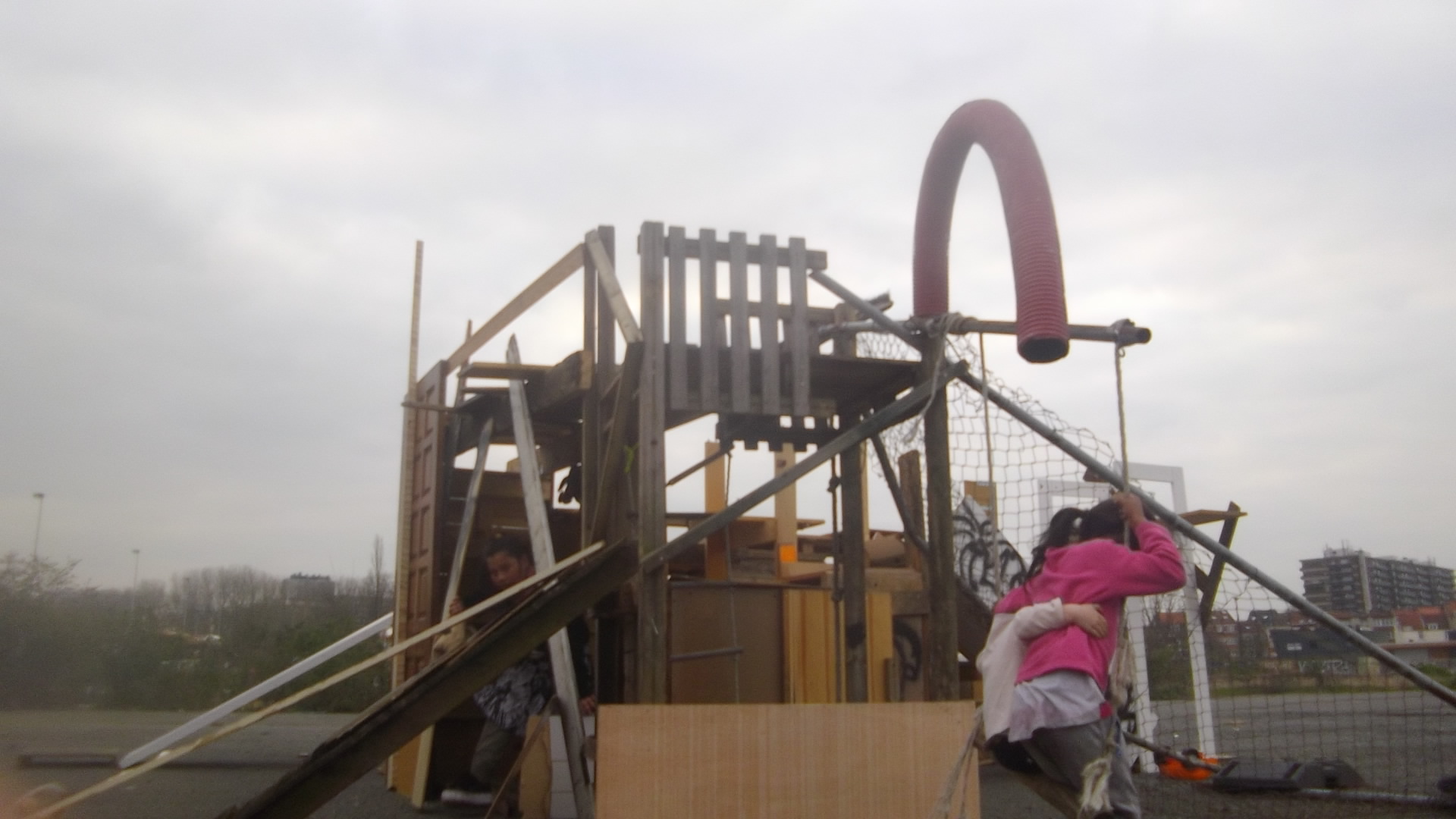 terrain d'aventure
BXL WILD LIFE and BUITEN/DEHORS is a collective of research and experimentation which proposes to consider the urban as the natural environment of man. This year BUITEN / DEHORS decided to start on a piece of land located between Digue du Canal and rue des Goujons in Anderlecht, the establishment of what is called an adventure playground.
Read more..

Score for a boat trip 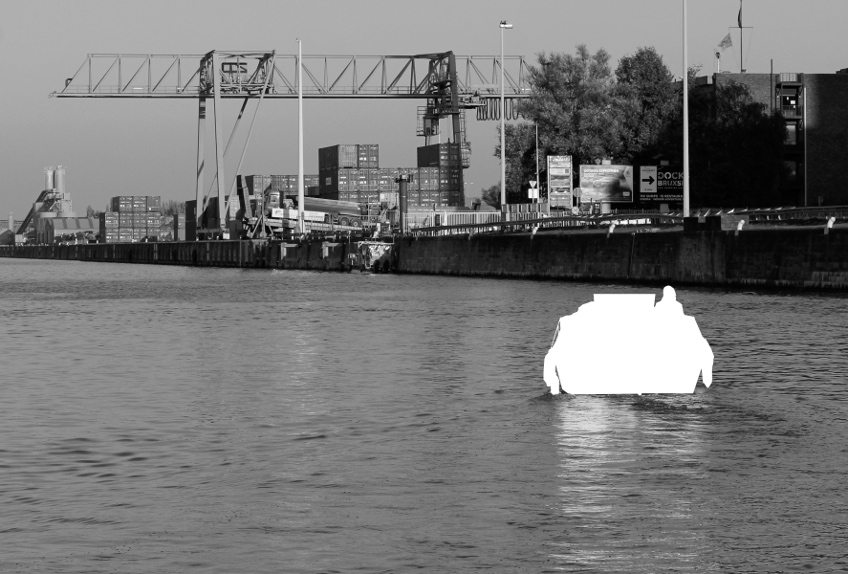 no-boat
This is a score for a multiple day boat trip for two or more people. It should last a minimum of two days. It can take place on any body of water large enough to sail on for a number of days: a lake, a canal, a river, a sea or an ocean. The boat you use, its size and form, can differ accordingly. This score invites you to spend time on this body of water and to see how it affects/ can affect your body, your thoughts and your work. It proposes some tasks that you can try while sailing. It also suggests different texts that you can read during the trip. Each task can take as long as you need it to take, from a few minutes to several days. Take your time.
Read more.. 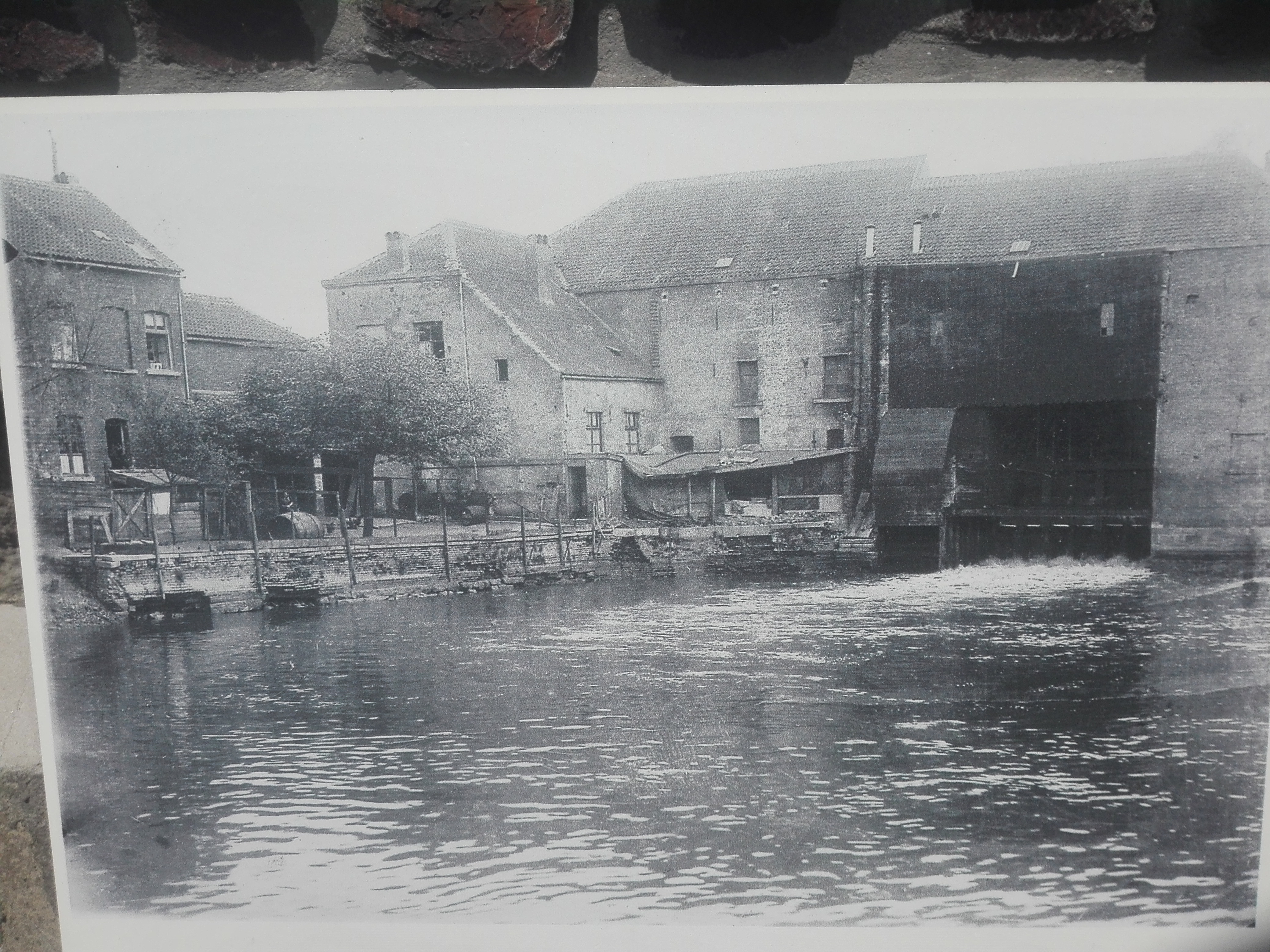 IMG_20190615_145950
M.M.: A brief introduction into my practice: I see performance as a practice of inhabiting a specific ecosystem. Currently, I am focusing on the oceanic ecosystem, one that can only in part be inhabited by human beings. ...
Read more.. 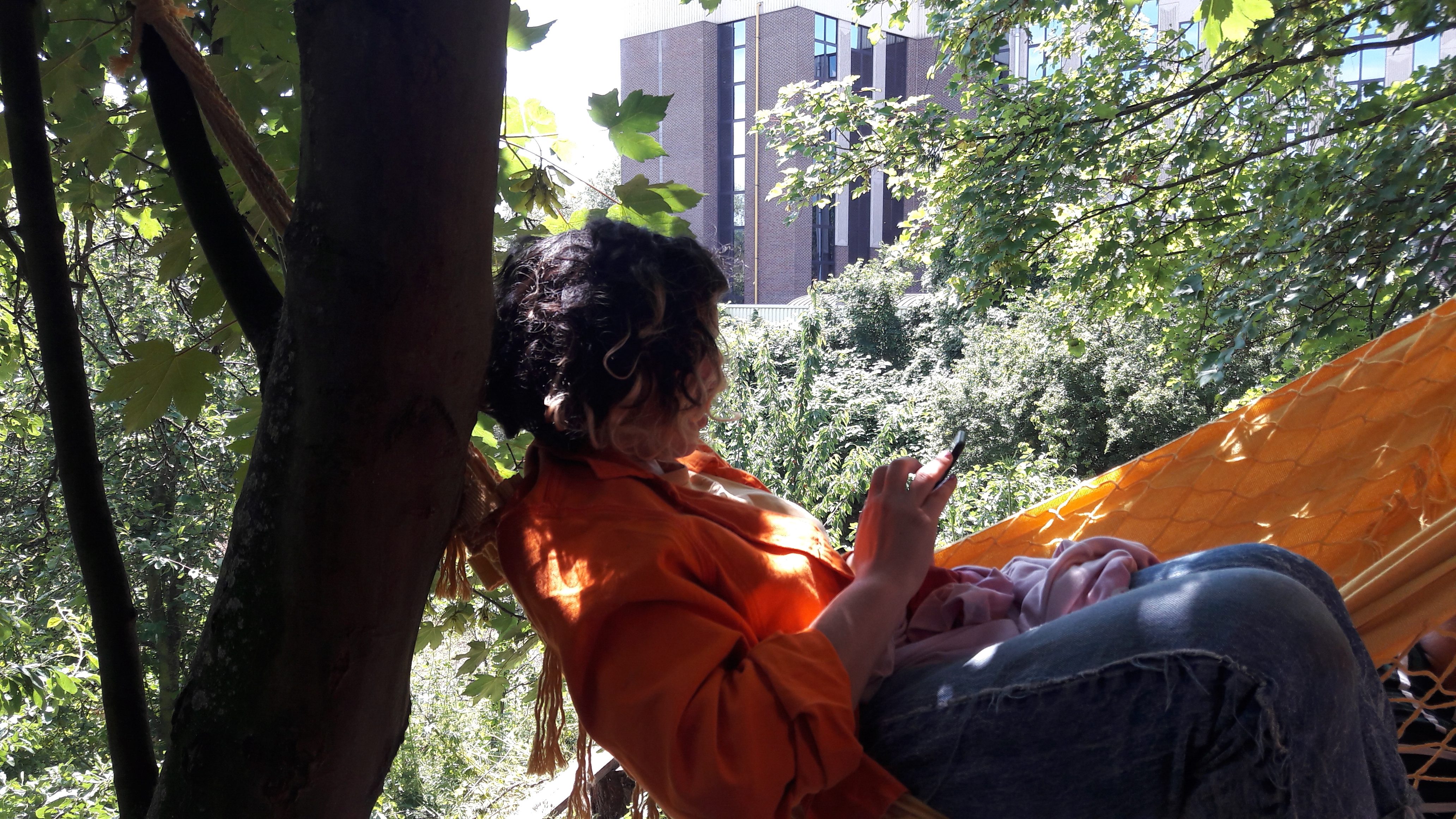 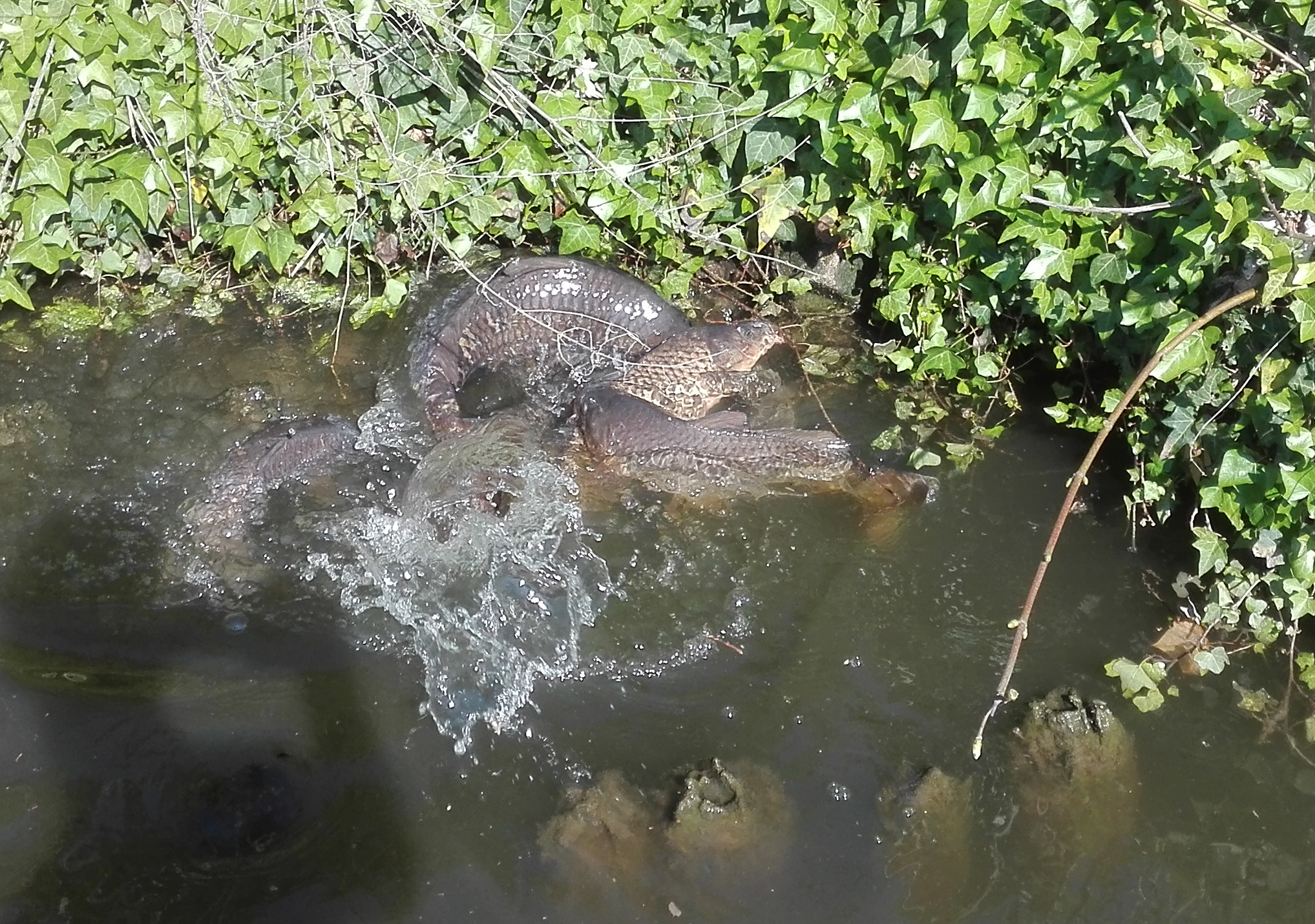 battlefish
The earth faces troubles of kind humanity never experienced before: climatic changes induced by humankind are dramatically destructive and - meanwhile unavoidable. This perspective fundamentally shifts our understanding of nature - and therefore it poses big questions to the arts as a source of cultural knowledge. The aim of this block is to challenge our individual research aims as living creatures and companions in and as ecosystems. Hyper related, affecting, and never singular, our researches are - however - made by their surrounding as much as their make it.
Read more.. 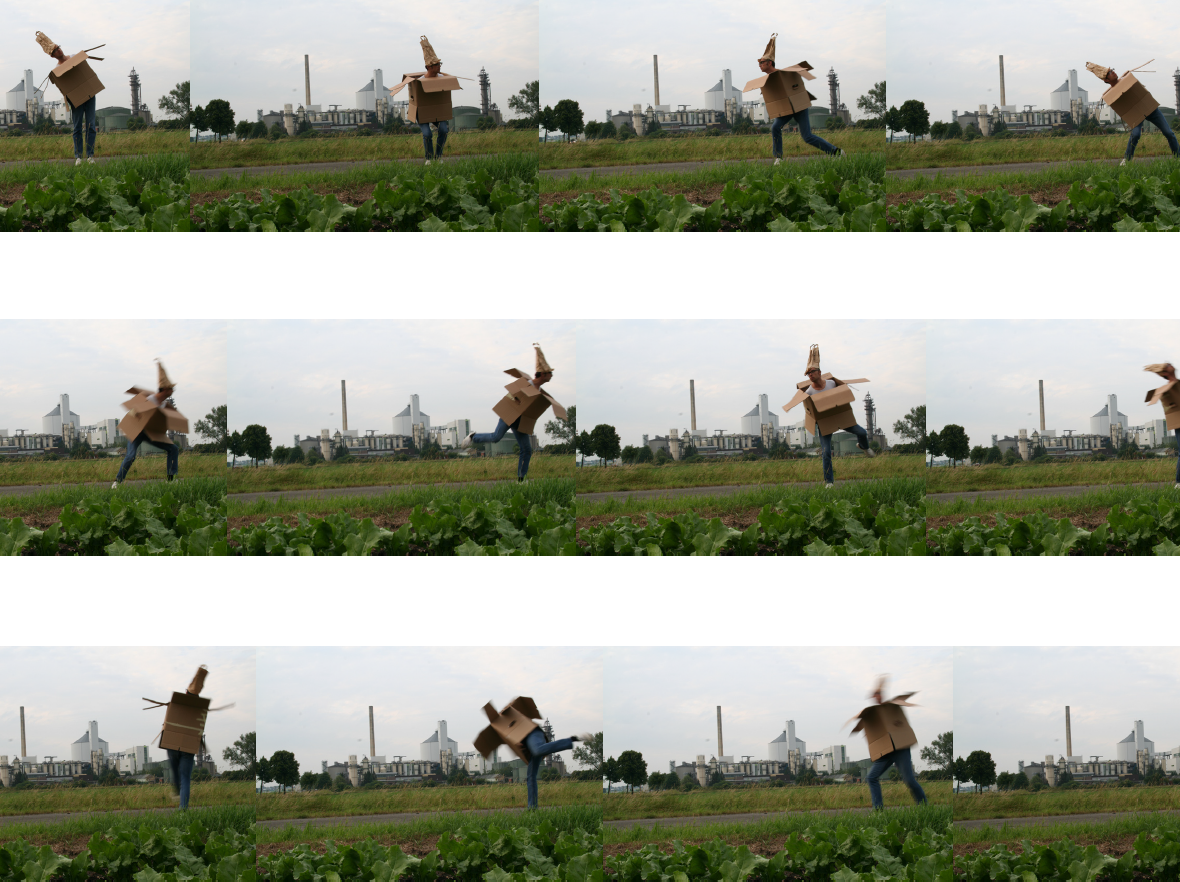 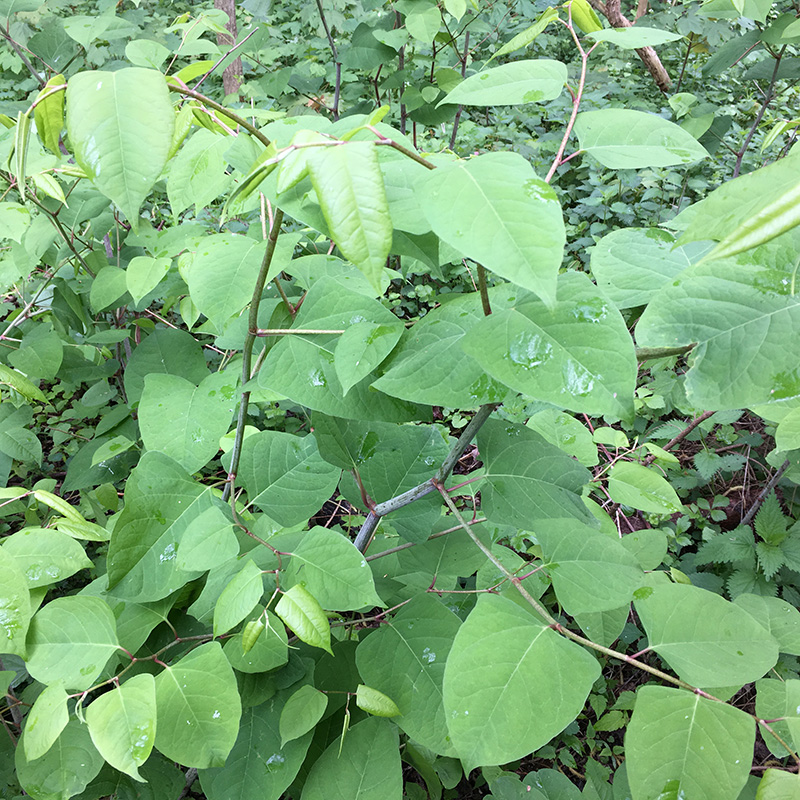 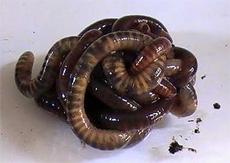 regenwuermer
Experiencing us as and in ecosystems lays the basic ground for our investigations in the a.pass block 2019/II. To follow this incentive, Donna Haraway proposes to make kin with multiple things, species and ideas. We try it by adopting each other's dearest - or expelled - aspects of research and make it part of our sphere of respons-ability.
Read more.. 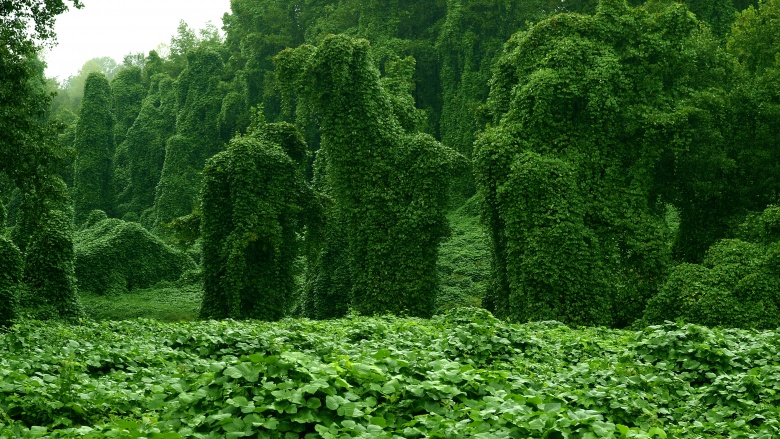 One way to connect to other then humans is the horror genre. By thinking the unthinkable, we explore the limits of our ability to understand the world. But does the world lends itself to a meaningful relationship? Does increased access lead to decreased strangeness? In thinking about our relationship to the “other than humans”, what is the status of the notion of obscurity and darkness? What lingers at the edges of our experience? The Horror Garden is a tool that explores the idea of our profound dark relation to the World through our relationship with plants.

a resilient movement for room to secondary river valleies 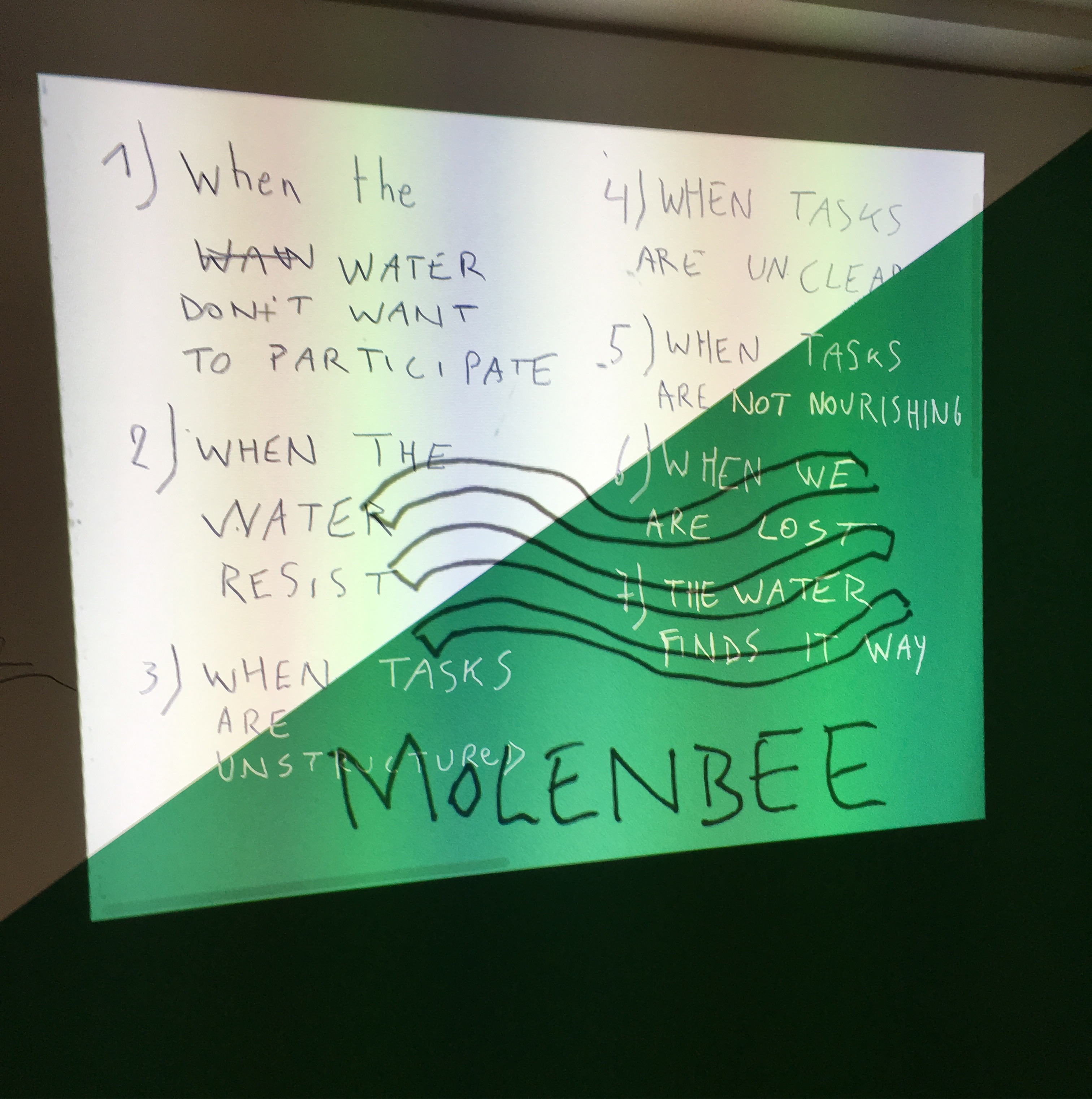 Ecole Mondiale
ECOLE MONDIALE experiments and experiences walking in and with the Zenne Valley while researching an alternative political model for the Brussels region, - capital of Europe, as a metropolitan landscape. It's ambitions is to transform the dominant 19th-century political model of the Brussels-Capital Region into a 21st-century vision / version based on its specific hydrographic structure. The secondary river valleys of the Zenne can provide this metropolitan landscape specific characteristic features.
Read more.. 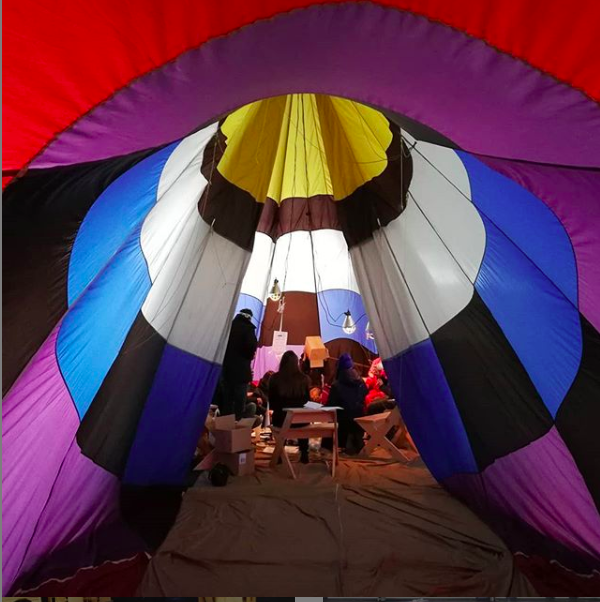 unlearning center
For the cultural program of the blueFactory in Fribourg Martin Schick is developing a concept for an Unlearning Center - an open sphere for re-practice learning in times of climate change. The blueFactory is a new economic zone for circular and environmental business. The Unlearning Center aims to give space for a fundamental rethinking of the knowledge needed to face different and difficult visions of building for the future with all its personal, economic, political, technical and aesthetic implications.
Read more.. 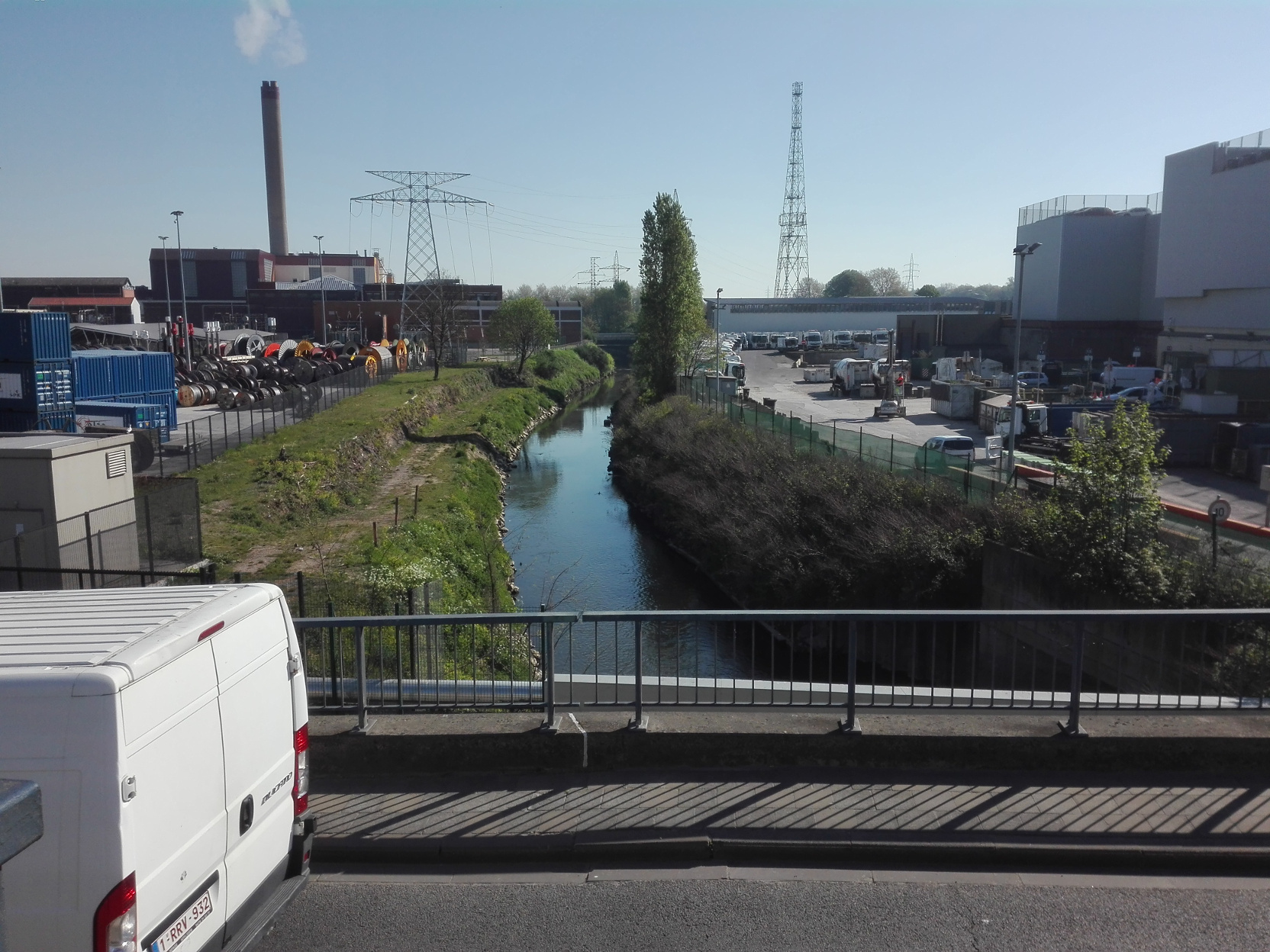 zennesomewhere
As an additional tool of investigation for the troubled gardens, I propose to float on water. By exchanging the usual surface of this block – soil – for water, I would like to explore how this element and it’s set of conditions can leak into artistic researche(r)s – or even flood them? What does it mean to understand water as a workshop? How can this experience influence our practice in the workshops of this block?
Asking these questions, we will spend at least 48h at the water and walk along the idea of ‘canal’. Will we accompany the water or is the water our companion? How does the current of the rivers enter the streams of our communication? How do we approach this hyper-object that finally floats in the ocean?

Taking a distinctive look at the divergent attitudes towards the environment and the social struggles in these different locations, we will learn about the prototypical difficulties and potentials of such culturally dense urban areas. For this I'm inviting you into my neighbourhood, to discover the "Quartier Liberateurs ".
Read more..
APPLY TO THE A.PASS PROGRAMMES
SIGN UP TO EVENT
ORDER