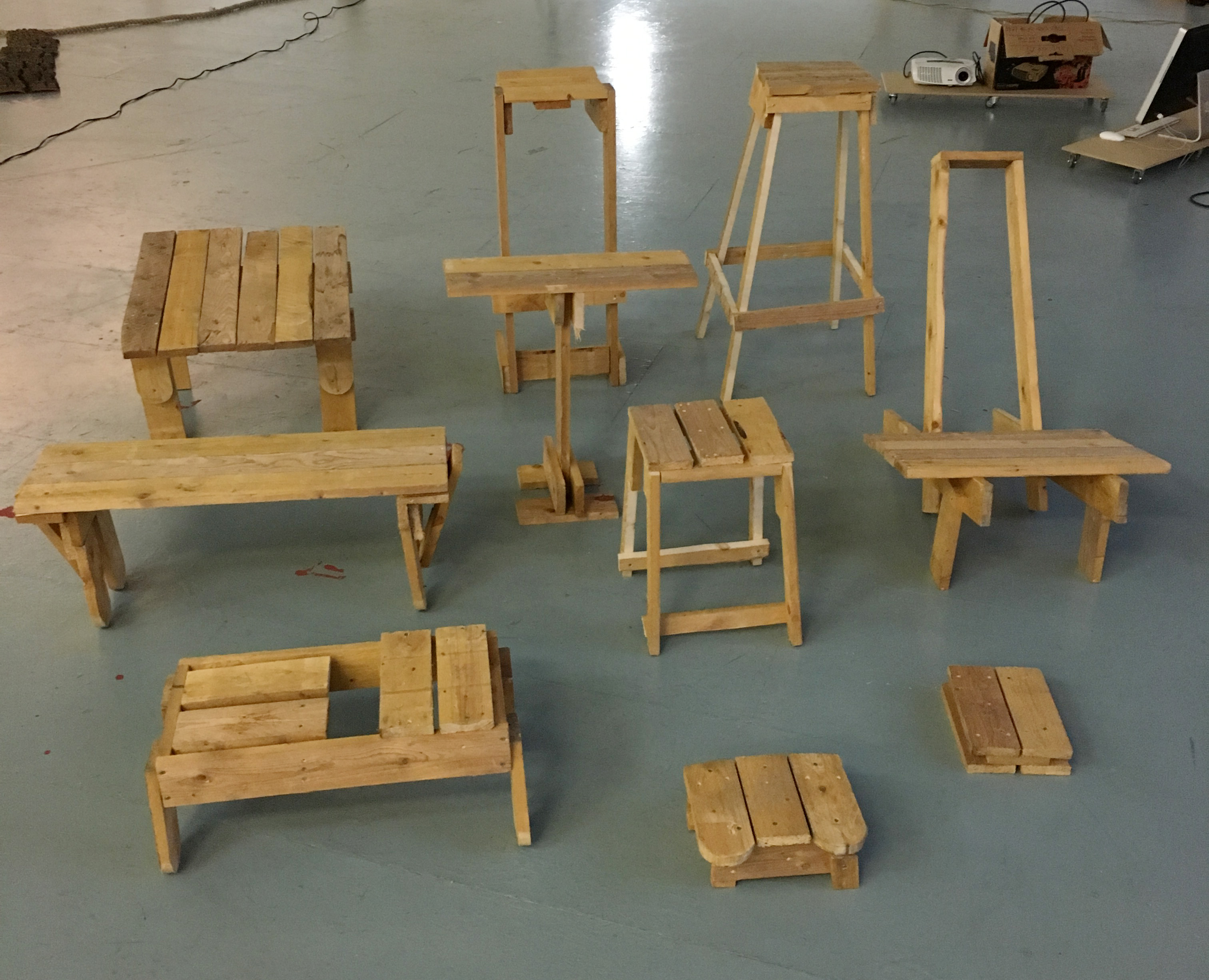 “During the days of Jan 7th-26th 2019 a.pass will come together and host an open workspace called SETTLEMENT. In the course of these three weeks we will share our current work processes within an open collaborative workspace. We aim to create a poly-central gathering that is self-structured, self-organized and open to contributions from anyone. You are cordially invited to join this process by establishing your own space in the a.pass SETTLEMENT and sharing some of your ideas, practices or works with others. The materials and structures available at the a.pass main space will be a common resource for all who join to create whatever is needed to facilitate this process.” Curator Vladimir Miller

The Settlement was prolonged and resulted in Unettled Study, as a part of Performatik19, the Brussels performance biennial in Kanal Centre Pompidou.

In the context of the  Settlement I started a proces where I would explore themes like ownership, value and territory. 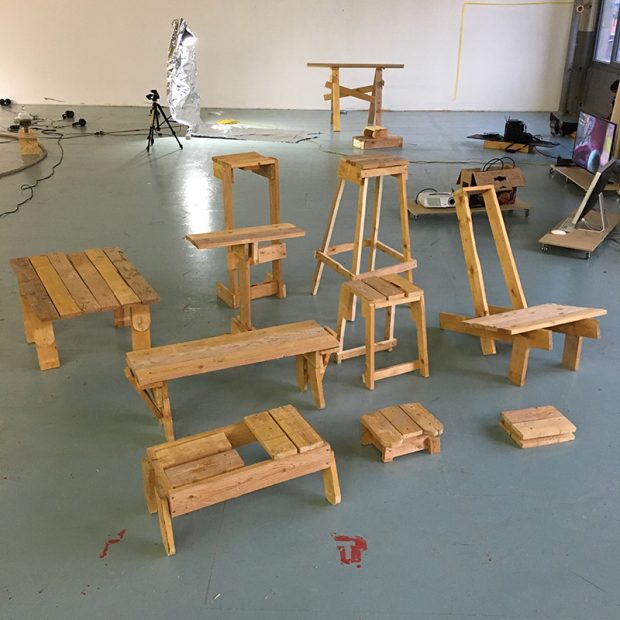 The Settlement started as an empty space, and I needed to sit, but if you make only one stool, there will always be somebody on it, so I made a lot more. 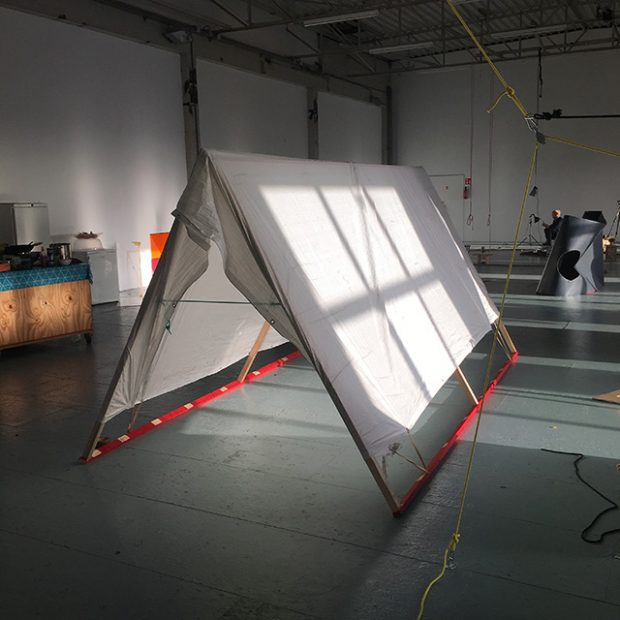 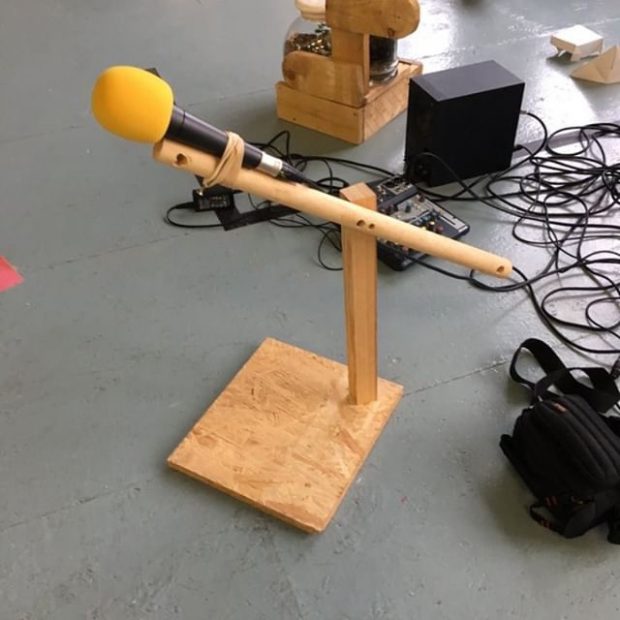 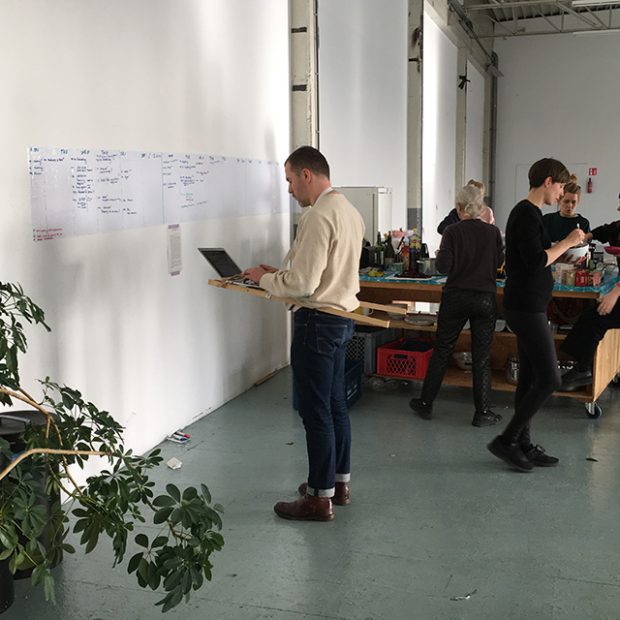 I offered my skills to the group, if somebody wanted something, I would make it for them! 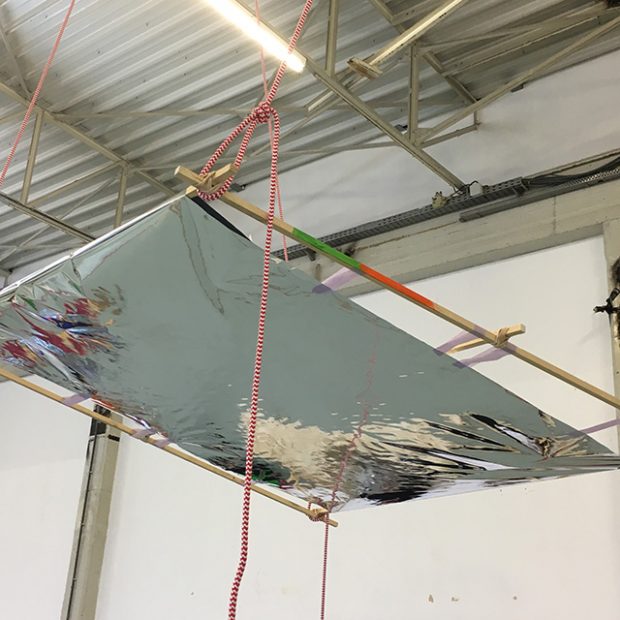 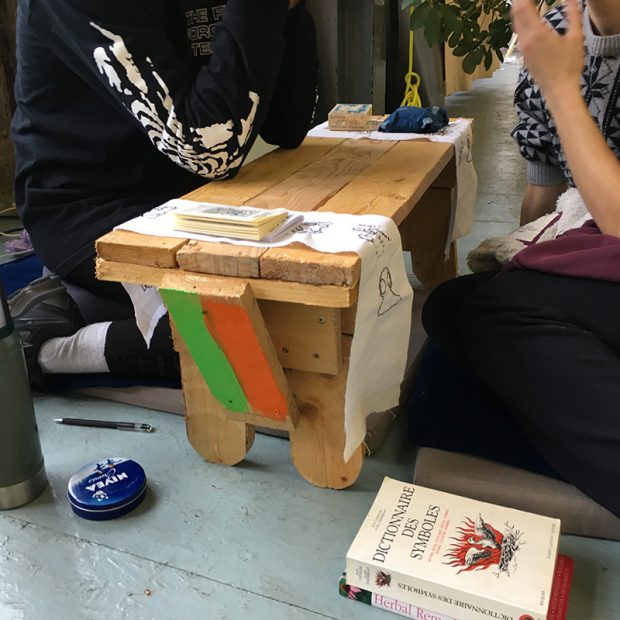 On the last day of the first week I branded everything I made with green and orange, in total 27 objects, after this I left the Settlement for two weeks. 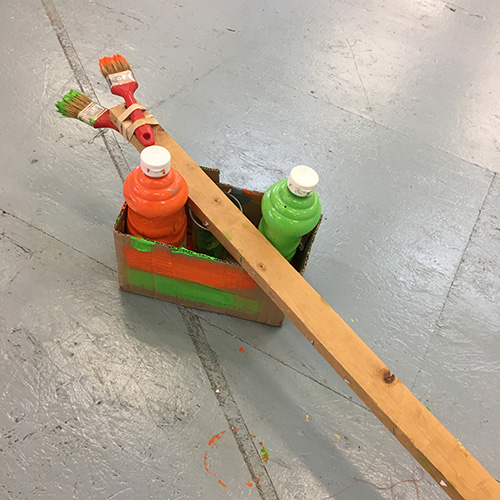 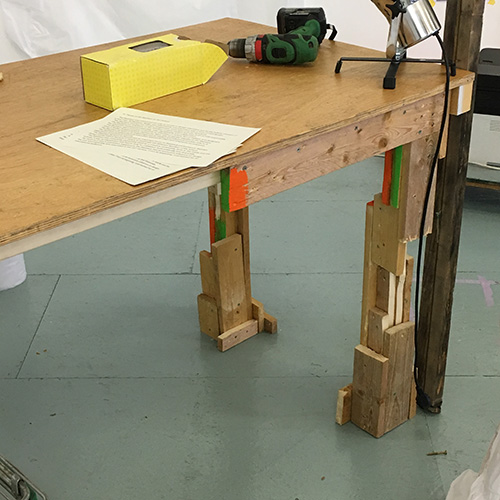 I told the settlers that all my efforts were for the benefit of the collective and that they should feel free to do whatever they want with the stuff I made. But after two weeks I came back to follow up on my work, and about half  ‘my’ things were used in people individual projects – which was perfectly fine, but where I could find traces of my branding, I rebranded and spread my motif further. 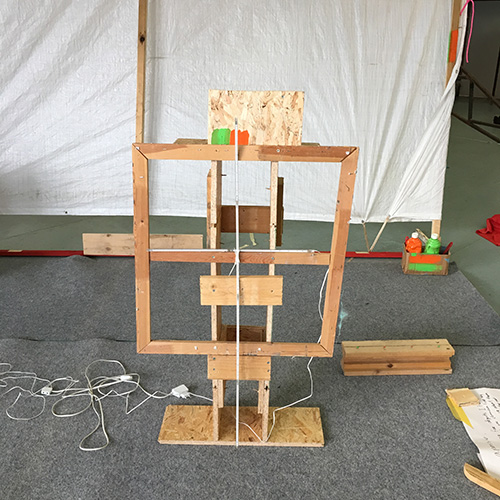 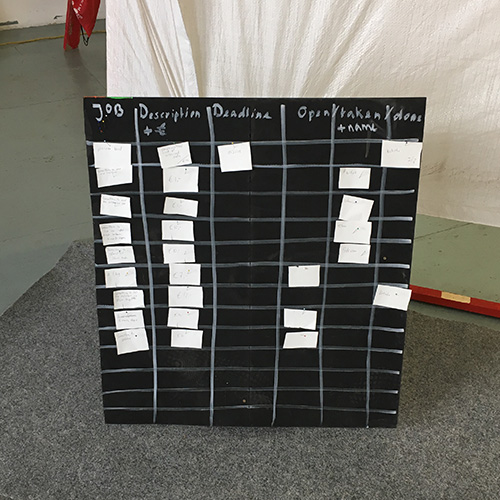 Again I was away for some time, but I needed to stay involved, so what better way then hire people to make me the things I desired? The assignments varied from things I actually needed, up to stuff I was curious about how my colleagues would react. “I need a flag and I pay € 10,- for it” – “I want something pretty for € 8,- ” – “Could somebody make me a 10% oversized chair for € 10,-?” – “I pay € 10,- for something to organize all these jobs” ect.  In total 13 objects have been made based on those minimal guidelines, but there was always one hard demand, it needed to be branded! The resulting objects varied enormous, there were provocations, there were simple executions, useful ones and even a virtual one! 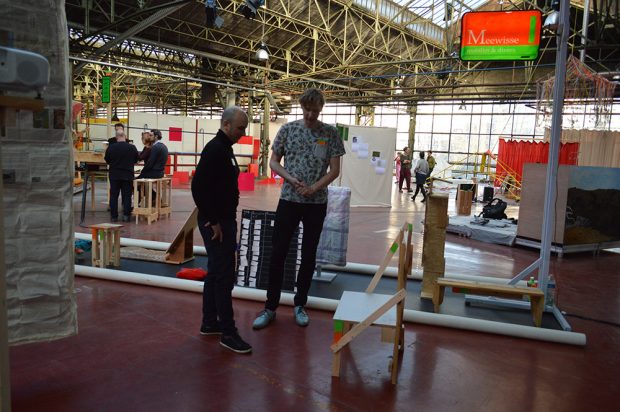 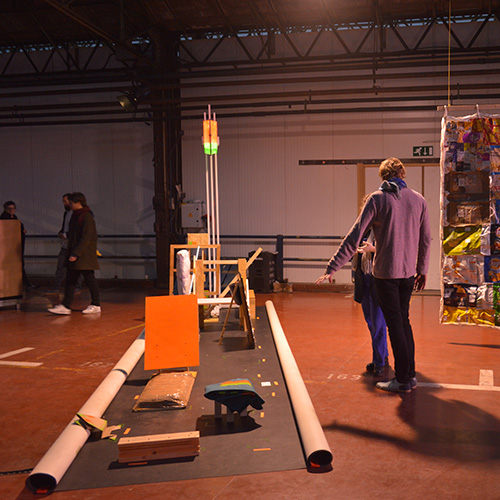 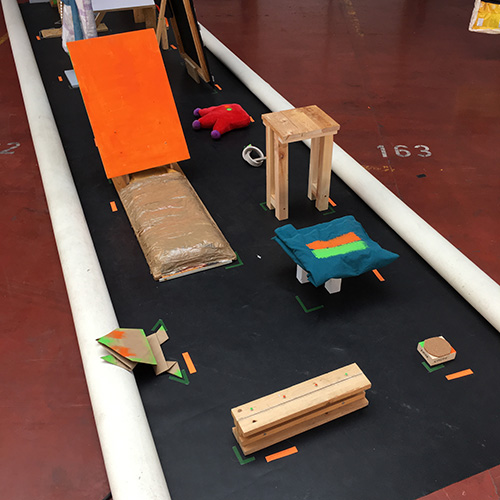 The Settlement moved to Kanal Centre Pompiduo and transformed into ‘Unsettled Study’ as a part of Performatik19. In the middle of the group I erected a small shop, Meewisse Mobilier et Divers, where I engaged into negotiations to determine the value of the outsourced objects. The visitors had then the option to buy the object for that price. In that negotiation I was completely open about the procedure that led to these object and tried to sketch an as complete as possible image of the object. Factors like material, who made it, what is it for, what did I pay for it, is it art, is it something else, ect..? 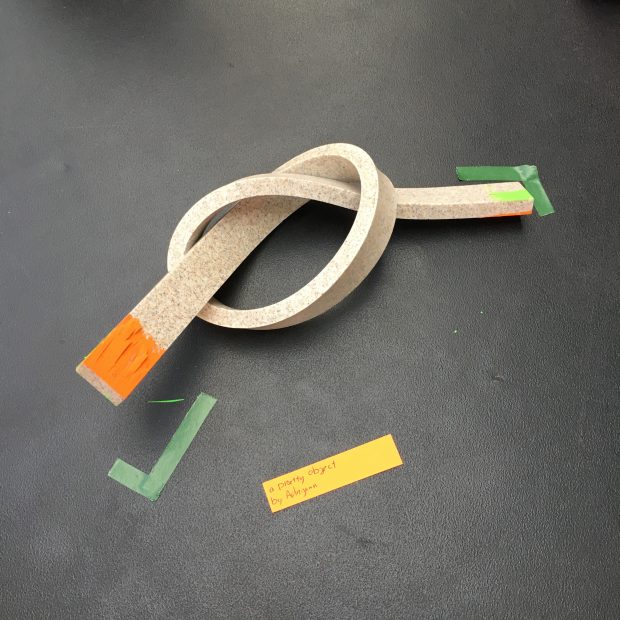 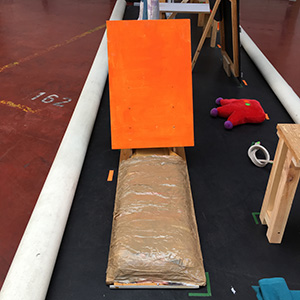 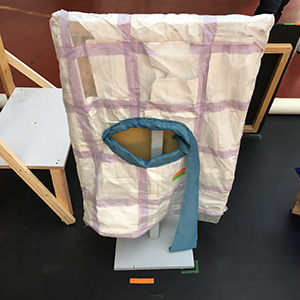 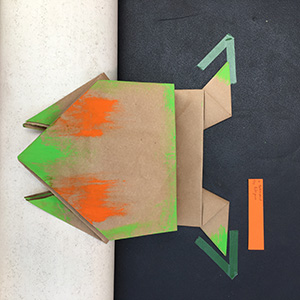 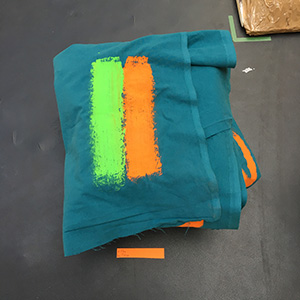 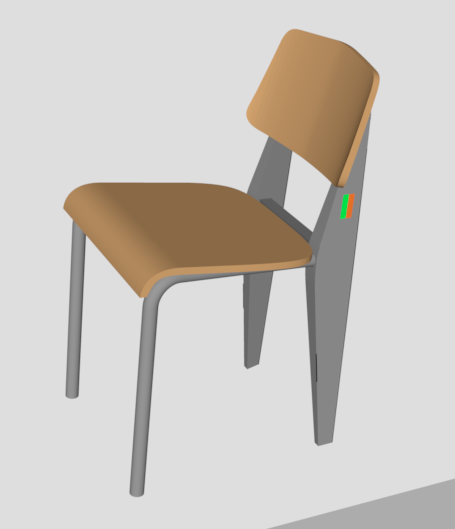 With special thanks to Katinka, Diego, Adrijana, Steven, Elen, Vlavio, Antye and Pierre for making objects!